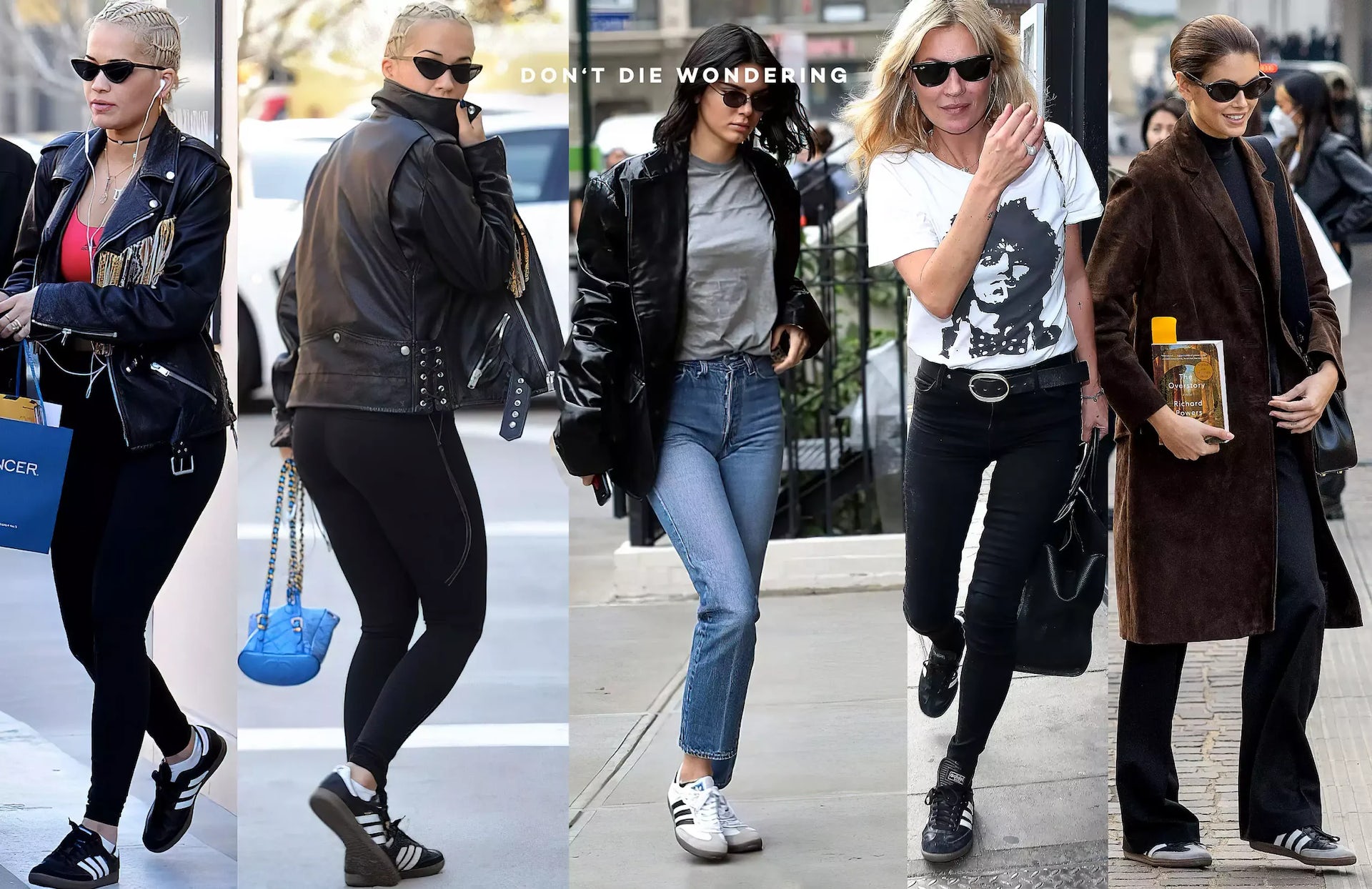 The History Of The It-Girls’ Favourite Adidas Sneaker

Adidas Samba sneakers have certainly stood the test of time. Even sneakerheads who keep up with the latest hot drops agree.

The throwback lace-ups were first released in 1950 and have since been one of Adidas’ all-time bestsellers due to their affordability, accessibility, and history.

Originally being a shoe for athletes, the Samba is most notably connected with the 1970s, when the three stripes became a hallmark of football terraces. All through their Oasis glory in the 1990s, the Gallagher brothers nodded to that terrace culture, meaning that the Sambas – and Adidas’s other popular silhouette, the Gazelle – became pop culture icons. Ewan McGregor‘s character Mark Renton also wears burgundy Samba Supers in Danny Boyle’s 1996 cult film Trainspotting.

Modern takes are more fashion-oriented than football-oriented. The It-girls are living proof that Adidas Sambas are going nowhere. Shoe enthusiast Emily Ratajkowski, who owns Nike and Reebok sneakers too, is a Samba devotee. Bella Hadid pairs her classic Sambas with some bright vintage threads, while Kaia Gerber dresses down her French-girl staples with the sneakers.

If Rihanna has endorsed a trainer, it doesn’t really need much of an introduction. Rih swears by the samba. Last summer, she wore Sambas instead of her usual Amina Muaddi heels with a Nensi Dojaka LBD. Her boyf, A$AP Rocky, is also a fan.

In addition to the original colourways, the fashion pack often opts for styles from London-based designer Grace Wales Bonner, who has developed delightful versions in dopamine hues for her seasonal collaborations with Adidas.

Bonner’s modern interpretations of the Samba draw on her heritage and a wide range of references, including the British-Jamaican community in London in the 1970s and Jamaica in the early 1980s, as well as dancehall music.