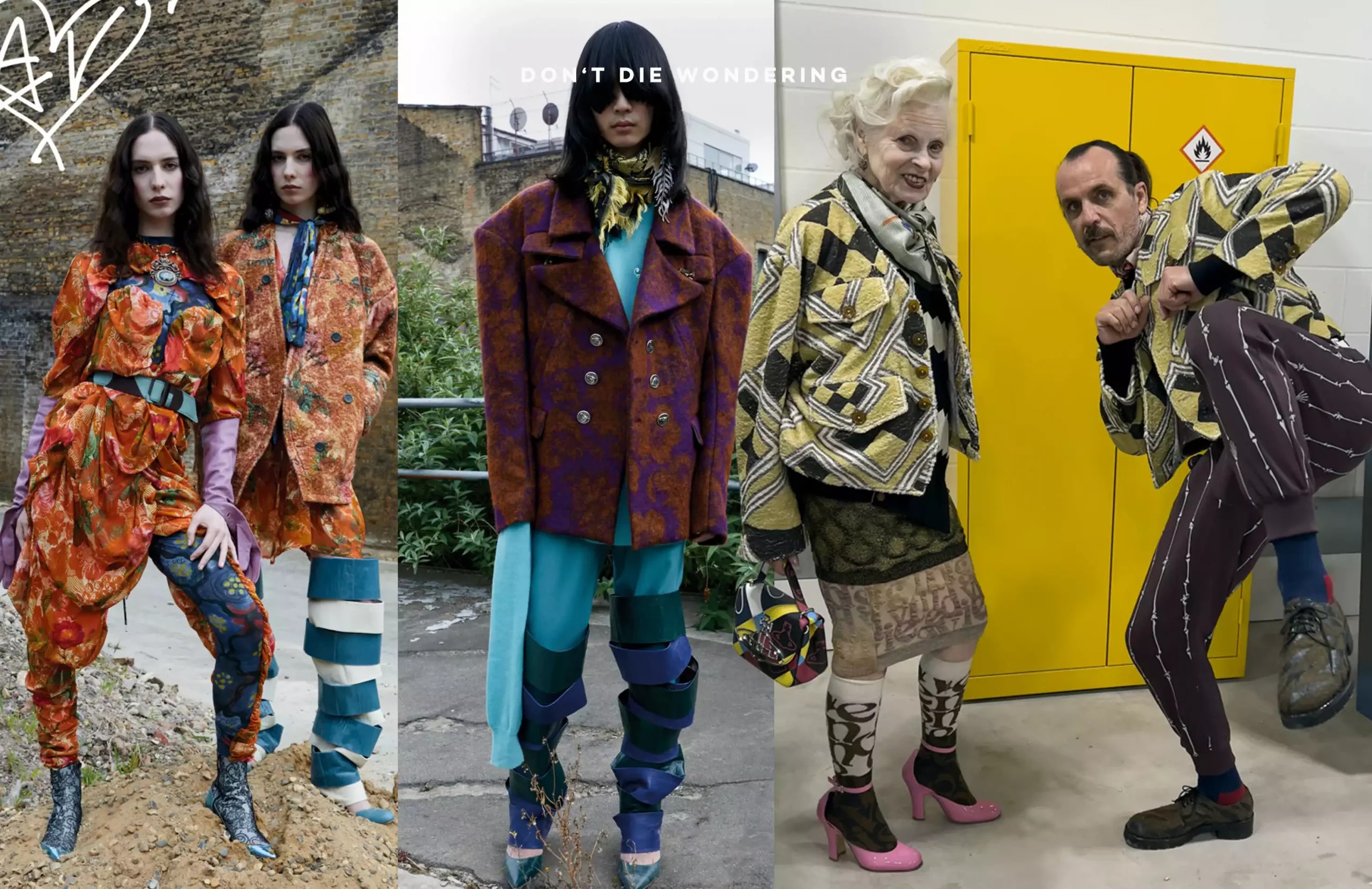 Vivienne Westwood Pairs Up With Courtney Love for the AW22 Campaign

The Vivienne Westwood and Andreas Konthraler AW22 collection pairs up with Courtney Love and is an ode to Battersea, punk-ness, and fashion outlaws.

Vivienne Westwood, the provocative fashion outlaw who practically birthed the punk movement, has released the Westwood and Andreas Konthraler autumn-winter campaign for 2022.

Set in Battersea, the fashion house’s home in south London, the collection references the changing scenery and artistic development of the area. An area which, it is worth noting, is a cradle of many iconic punk moments such as the cover for one of Pink Floyd‘s albums or the setting for a Beatles movie.

“It feels like the new Brick Lane, it’s really happening,” stated Konthraler. With the Royal College of Art Design & Innovation just a stone’s throw away, the area has seen a recent regeneration of its art scene, as punk and alternative as ever.

For said collection, the brand partnered with Courtney Love, which should not be a surprise.

Love is a queen of the outlaws, defying the stereotype of women ageing under the public eye and bringing fun, rock, and a whole lotta roll into her eccentric fashion style.

The decision of bringing Courtney Love into the campaign was a bit of a no-brainer. “She’s an incredibly stylish woman – she appreciates clothes and knows the work that goes into them. She’s a connoisseur. She has her own style – it’s inspiring the way she presents herself – always cool!” states Kronthaler. “I think she’s very similar to Vivienne in some ways, they are both outspoken with important opinions and aren’t afraid to express them.”

The love (pun totally intended here) it seems, is mutual. Courtney has publicly expressed her admiration for Westwood and Andreas, describing them as a “mighty force”.

She then goes on to explain her views on the AW22 collection, which in Love’s words is “outrageously great, funny and innovative. I wanted to rip the scab off and just get on with it. And when I took Vivienne’s hand I was thinking of Diane Arbus’ “twins“ photo but also, taking the hand of a leader, who gives no fucks – who would help me go to the next place beyond the Instagram filters that are destroying our lives. And the over-retouching that has always tried to turn me into a petite, dainty flower that I’ve never been. It was exhilarating and I’m honoured these two outlaws asked me. I hadn’t worked with Juergen since we did 90s rock and roll together. So that was an added plus, and I loved the casting. The collection is just amazing“