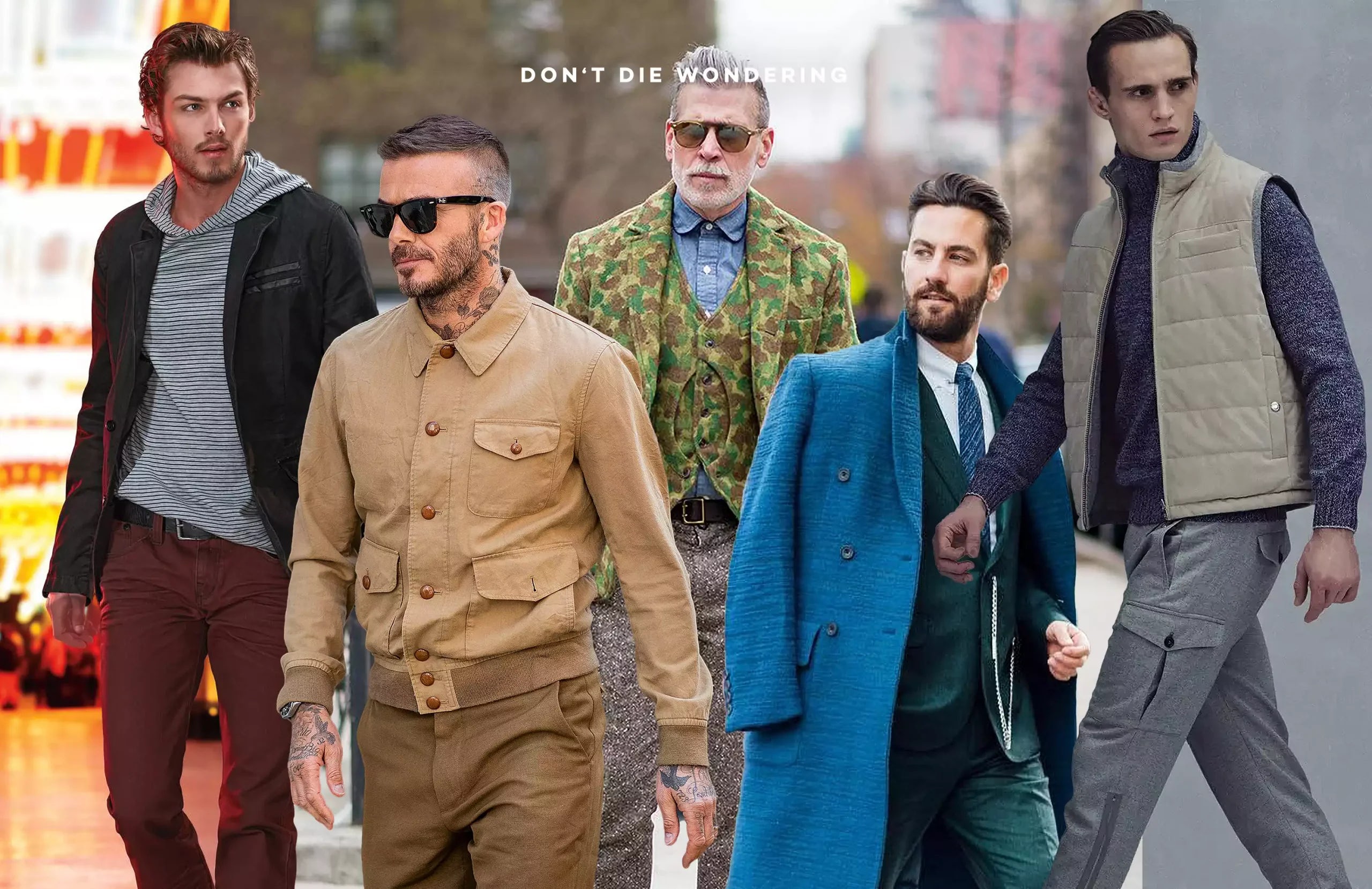 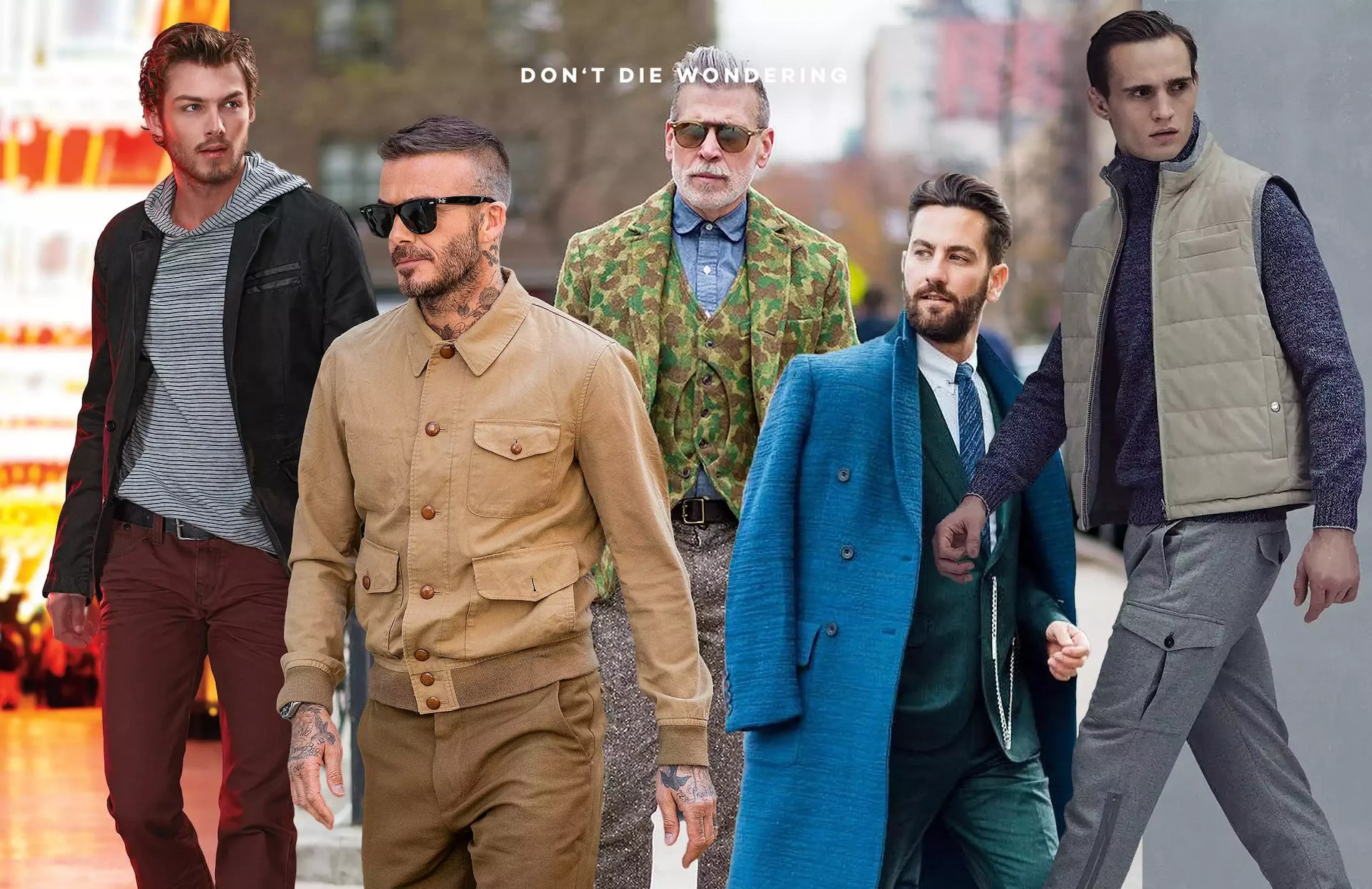 DDW takes a look at men’s fashion and why trends come back on the scene time and time again. Don’t ever throw out your old clobber…

Men’s fashion trends are cyclical – there’s a reason vintage stores pop up in every hipster town, and why that belt you inherited from your grandfather looks so great 50 years down the line.

It is also, admittedly, why it makes sense to advocate the death of fast fashion (or Depeche Mode, if you ever didn’t want to die wondering), and the revival of capsule closets, which are safe bet on lasting.

As menswear fashion evolves, so do the men in the limelight. From Elvis Presley to Donald Glover, here is a rundown of iconic looks, memorable trends and all things menswear from the last 50 years.

It is easy to attribute Elvis’ style as a melange of glitz and glamour. Little do we realise that his true magic was his post-showtime wear, once all the perked-up collars and leather came off. We’re talking about his high-waisted trousers, Cuban collars and Harrington jackets.

Unlike most men of his era, Elvis was unabashedly and unafraid of men’s fashion trends and of colour. His custom-made shirts often popped with shades of red and blue, and he liked his socks bubble-gum pink – a shade often attributed more to women at the time.

One thing he would never wear, however? Jeans. He associated the working clothes with his poverty-ridden youth. Ironically, however, the rockstar lent his name to Levis for the iconic Elvis Presley black jeans.

A true master of the masculine rough-and-ready, Clint charms not only with his good looks, but with his casual and rugged fashion – and has been doing so for years.

The actor seems to like to take cues from his films when it comes to fashion – which means we’ve seen plenty of cowboy hats and denim – lots of denim – helping the actor bring western-style fashion out of the screen and into the streets. For Clint this meant wearing dark brown or beige fedoras, two belts at once, ponchos and corduroy – all signature looks which have inspired the likes of Ralph Lauren and Gucci.

There’s nothing more iconic than Marvin Gaye’s red hat, and jeans. A true believer in double-denim, the singer’s style fluctuated during his long career.

Whilst he may have started with clean-cut, Motown curated looks, the 70s called for his more casual fashion appetite, rocking a rebellious beard and piercings whilst also prompting a change in his music.

There is a lot more to Basquiat’s look than what meets the eye, which is unsurprising for an artist as ground-breaking as Jean-Michel. His clothing choices became tools with which to perpetuate a primarily rich and white art scene through the works of an artist whose very work showcased blackness.

In 1987 he walked the runway for Comme des Garçons and soon became known for splattering paint wearing his Armani suits – merging fashion and performance into one. His looks very quickly became a defining factor in his artistic career and arguably helped the artist catapult himself into his high-end art circles.

The 90s would have not been the 90s without Brad Pitt and his Paisley shirts and flat caps. Much like Eastwood, Pitt’s style evolved alongside his cinematic career, meaning his fashion became grittier towards the time of Fight Club. In the 90s he flaunted the oversize suits, matrix-like micro sunglasses, leather coats and double denim. There is very little Brad Pitt cannot pull off in terms of style.

Another man in the limelight: Kanye. Not only is Ye iconic for his own sense of style and creative direction for Yeezy, but he has also been heavily involved in Kim Kardashian’s fashion choices in recent years – making him a champion of both men’s and womenswear.

Back in 2004 he would often rock the rugby Polo shirts, emulating a fashionable college student in the high street. By 2013 he started the bomber jackets, distressed denim and coveting the Balenciaga Arena. But his most identifiable style change yet came with the release of his last album, Donda, and his use of facemasks and the Balenciaga x Crocs boots he does not seem to ever take off.