The world may have stopped, but it is not all doom and gloom

Since March, it has been very easy to complain about the many inconveniences we have all have had to endure since quarantine measures descended upon the whole world. Nevertheless, it is important to recognise that even thought the lockdown has been difficult, a silver lining has also emerged from it.

The world has seen unexpected outcomes of creativity, inspiring stories of human triumph and perhaps ironically – a global movement to (digitally) re-connecting to each other. We explore some of the best outcomes from the last six months:

The Pitch Perfect cast were the latest to have hopped on the digital reunion bandwagon by releasing an a cappella version of Beyoncé’s Love on Top. Utilising the Zoom video-conferencing software (a previously lesser-known competitor to Skype) the ‘The Barden Bellas’ gang got together with Frozen’s Josh Gad to bring us an endearing rendition of the song in aid of Unicef’s efforts to combat the effect of COVID-19 on children around the world.

The Zoom reunions have been a welcome, intimate way to garner a deeper connection with our favourite actors and film/TV franchises. Everyone from Ian McKellen to Kelsey Grammer have participated, bringing Lord of the Rings and Hamilton, to ‘90s classics such as The Nanny and Frasier to our homes.

Hollywood, the West End and Broadway may have had productions stalled but they have certainly not stopped working. With the whole world glued to their phones and screens the viewership numbers have never been higher – prompting producers and studios to release and expedite backlogged content.

Award-winning shows such as Broadway musical Hamilton was released a year earlier than originally scheduled, joining global streaming hits such as Netflix’s Tiger King and Love is Blind, Money Heist and Dead to Me.  Hulu also released blockbuster shows such as Little Fires Everywhere – a miniseries adaptation of Celeste Ng’s book, starring Reese Witherspoon and Kerry Washington and The Great – a loosely-based, satirical retelling of Catherine the Great’s rise starring Elle Fanning and Nicholas Hoult.

Many films also joined the digital release trend with previously unprecedented quick digital releases; Bloodshot, Misbehaviour and Emma ensured cinephiles who could no longer visit cinemas a healthy dose of the silver screen from the comfort of their own home.

The music industry also shifted releases online. Charli XCX’s How I’m Feeling Now and Taylor Swift’s Folklore were created and released during lockdown, thanks to technology which has made it easier for artists and producers to work together and create music outside of professional recording studios. In fact, Folklore, was produced at Swift’s home in Los Angeles, affectionately named the Kitty Committee Studio.

Communities all over the world fought the bleakest points of the outbreak by banding together. Millennials and Baby Boomers alike joined forces to engage in active community service, remotely helping those in need and lifting their spirits. Particularly engaged were the arts communities who created music, theatre and art to cheer the world up.

The Rotterdam Philharmonic Orchestra was one of the first of many orchestras who took advantage of the accessibility smartphones and video editing to offer the world respite through music, as seen here in their rendition of Beethoven’s Ode to Joy.

In Italy, residents sang through balconies and open windows adding music flair to their neighbourhoods. Even the Italian Air Force took part, putting on a hopeful and patriotic air display along Pavarotti’s Nessun Dorma that lifted the spirits of many.

Gym instructors who had access to a roof or balcony in other parts of the world also used what limited space they had to not only keep fit but by leading classes that also kept others exercising on their own balconies.

Residents in many different cities around the world took part in a daily round of applause for healthcare workers working overtime and with limited resources, to cure those who had been infected.

With much of world’s population confined at home, the planet saw a drastic change in the environment. Daily emissions of greenhouse gases had plunged 17% by early April and thanks to the biggest annual drop in travel since the Second World War, carbon dioxide decreased by up to one billion tonnes.

In Venice, the waters were so clear that for the first time in many years fish could be visibly seen swimming in the canals. More so in other countries, wild animals, from goats and sheep to cows and deer, were seen traversing areas that were left empty during lockdown. With the lack of invasive human intervention, even rare species were spotted expanding across territories.

Catching Up On Sleep

More time at home meant more minutes of sleep for most of the world, gaining precious time otherwise normally spent commuting, or hurriedly getting ready for work.

According to Fitbit, Americans were able to not only sleep more than they could at the start of the year (around 20-30 minutes more than usual), but also enjoy a better quality of sleep.

Getting get at least 7 hours of sleep is essential for everyone’s optimal brain function and keeps our bodies working the way they should. The lockdown helped alleviate the strain we all put on ourselves with heavy workloads, urgent deadlines and long hours of downtime video streaming.

Lockdown provided a valuable opportunity for those who would normally find it difficult to carve out time to work on their physical and mental health. Online wellness stars such as MadFit and Chloe Ting, became viral for their gruelling ab exercises, gaining millions of subscribers with their short, daily, workouts that were short and easy to carry out at home.

Aside from the aesthetic benefits exercising brings, working out has been lauded for upping necessary endorphins, which are essential in the response to the stresses of COVID-19. Less strenuous practices such as yoga and meditation also provided a means to get the blood flowing and channel a positive or peaceful mindset. In fact, meditation apps were booming during the lockdown period, allowing many to deal with the disruptions to their daily routines or summer plans, and establishing healthy habits. Since we can not exactly command our brains to stop working, relaxing physical activity, even the act of sitting on a yoga mat with our legs crossed, is useful in clearing our thoughts, and improving our mental health and sleep.

With more people having time at home, many have had the occasion to invest in a new hobby, or dabble in the old ones. Indeed, hobby fads were quick to catch on. The first few months of lockdown saw a bread-baking frenzy with many recipes on how to bake sourdough or banana bread circulating the internet – so much so that flour sales massively rose – especially  in Europe. Without a doubt, there is something about baking and cooking that is satisfying, the act of making something with one’s hands, is especially attractive after being a couch potato or slaving over the computer all day.

Reading also joined the culinary arts in gained traction, with researchers observing a growth in readers during lockdown. Other hobbies also took off, such as learning an instrument, how to draw or picking up a new language – all ultimately providing intellectual stimulation and hope for the future.

UP NEXT: The ultimate bucket-travel-list…

The Must-Have Accessory For These Times

Why You Need Plants in Your Home 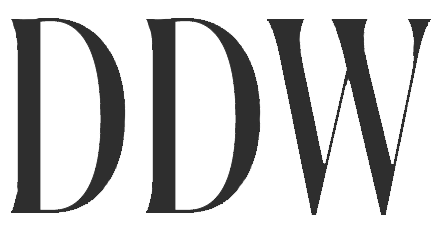