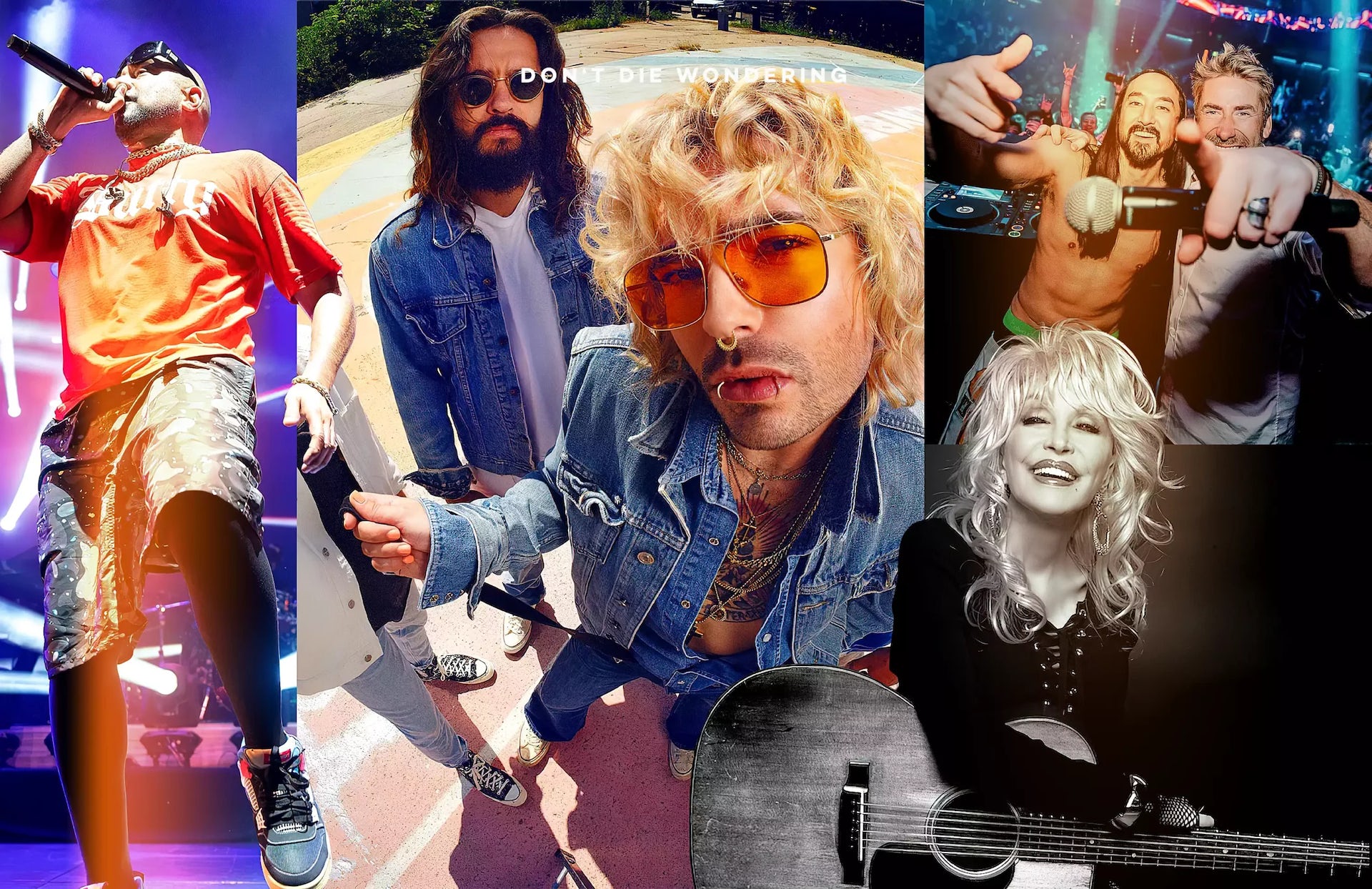 Because you might have forgotten about their existence, DDW’s taking your on a trip down memory lane with these upcoming releases.

There’s something eerily comforting in finding out that the alt bands we used to worship in our teenage years (and yes, worship is the only appropriate word to describe the kind of shrines some of us had up on our bedroom walls with all those posters of sweaty pop stars) are taking us once again on a trip down memory lane. For those who cried when the Jonas Brothers released new music, this winter calls for a full-blown breakdown when you find out what is brewing behind the scenes of Tokio Hotel, Nickelback or Dolly Parton.

There used to be nothing more punk than the Tokio Hotel band members. Their gravity-defying hair adorned with streaks of neon green and the skull-decorated t-shirts made them elite members of the alternative rock scene of the early two thousands. And it is this particular era they are referencing with their latest release, 2001, which is the same year the band itself was formed.

The band, however, is looking strikingly different. Bill Kaulitz, for example, is now blonde. He’s perched atop a very y2k album title and wearing a star-spangled bomber jacket – his band members behind him in a very boy-band stance of sorts.

The masterminds behind “How You Remind Me” or “Far Away”, who’s voices you would easily recognise on the radio as strikingly familiar are back. Get Rollin’, their latest release, features a vintage graphic of a yellow van amidst 60s palm trees, clouds and a bright yellow sun. But don’t let that fool you, the album is as hardcore as ever, even if extremely reminiscent with titles such as “Those Days”, “Steel Still Rusts” or “Just One More” as well as lyrics referencing their golden days.

“Almost Too Early For Christmas” came, well, a little too early for Christmas indeed. In this bizarre collaboration between a country Icon and the unusual singer Jimmy Fallon, we have very well may just found a very obscure new Christmas hit.

With references to the Christmas Queen Mariah herself, the song sounds very holiday appropriate. With a touch to Fallon’s comedic genius, Dolly’s distinctive voice makes for an unexpected jam for all of those who like their Christmas trees up early and who might be already months deep into their holiday playlists.

Dolly’s on a run – to escape the 9 to 5 and sing it all over again as she takes us with her down memory lane. Featuring her most iconic tunes (hello to Jolene, Here You Come Again, When Life is Good Again or Tennessee Homesick Blues), Dolly has just released an album too. Just in time to make the Christmas stockings of those country fan lovers looking to reminisce. A genius marketing stunt – Dolly we applaud you (or your publicist).

Similar Stories
Willow Smith: ‘It’s Going To Be A Journey And There’s More To Come’
Coldplay | ‘Music Of The Spheres’ Is Officially Here And The Reveal Is Out Of This World!
Drake vs Kanye: Is The Feud Finally Over?
Author: Laura Scalco
sharetweet
snap
pin
bill kaulitz
ddw
Dolly Parton
music
nickleback
Tokio hotel
Y2K
DDW MAGAZINE