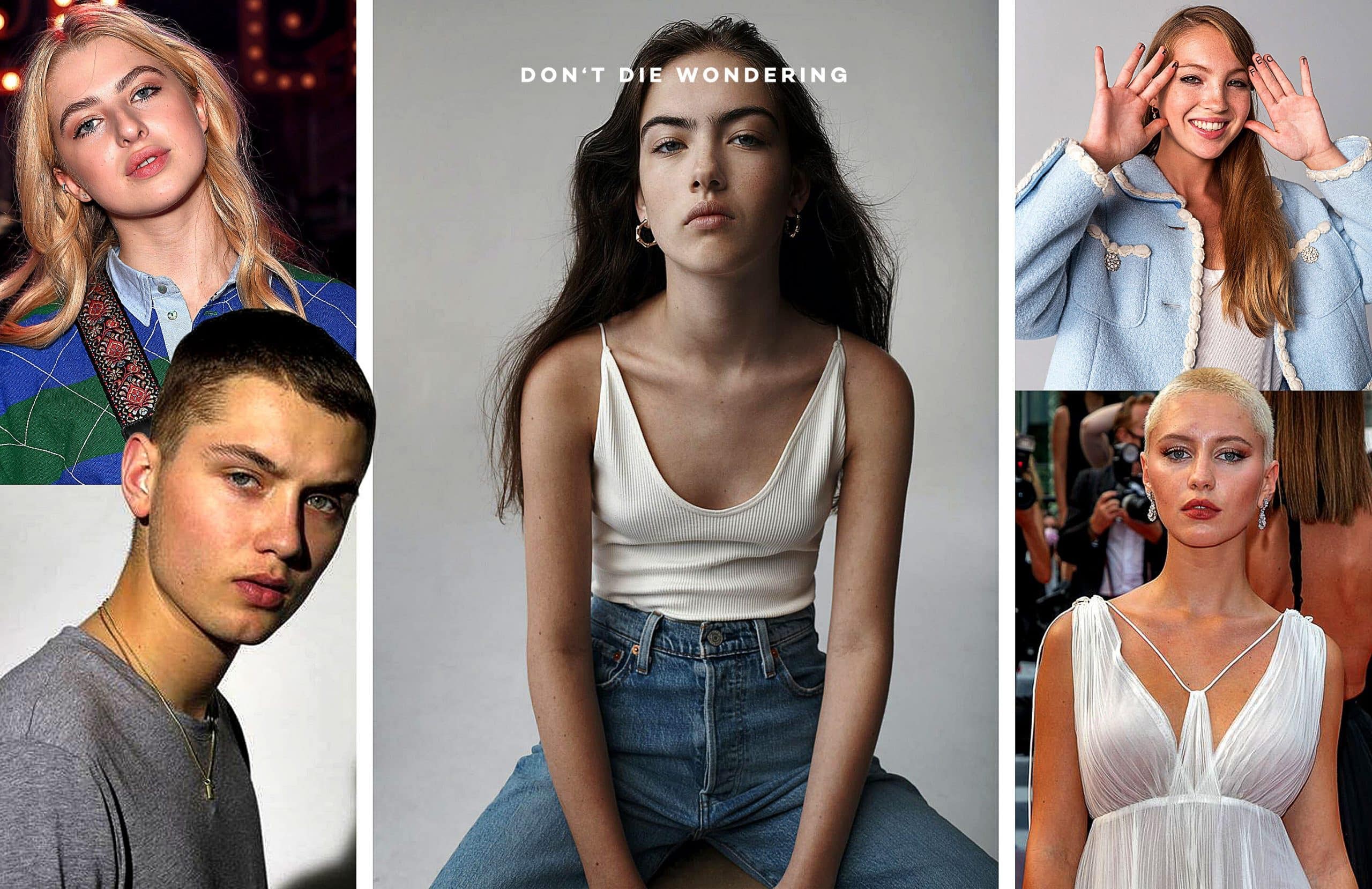 Back in the mid-1990s, a group of young British stars from film, television, music and fashion dominated the celebrity scene and the most exclusive, debauchery-filled parties across London. They were the Primrose Hill set. This was a name given by the British media to this group of celebrities who all resided in the Primrose Hill area of North London and partied hard, procuring their fair share of scandals in the process. The Gallagher brothers, Kate Moss, Jude Law, and Sadie Frost were among the group’s core members, with others such as singer Lisa Moorish and actor Davinia Taylor being regularly linked with the set as well.

Now there are no more weekend-long debaucheries at Noel Gallagher’s infamous Supernova Heights house, or at the ‘house of sin’ belonging to Sadie Frost and Jude Law, who often also hosted raucous celebrity parties. They eventually all settled down and had children, who have now grown up to dominate the same industries, as well as taking over British TikTok. They document their lavish lifestyles on their social media accounts, on which they have thousands of followers, and have become celebrities in their own rights.

Lila Moss is the daughter of legendary model Kate Moss and magazine editor Jefferson Hack. Having taken a leaf out of her mother’s book, Lila is now a model signed to Kate’s agency and is already enjoying a successful career. When she was only sixteen she was cast as the new face of a Marc Jacobs beauty campaign. Lila was also recently praised for wearing her insulin pump (she has type 1 diabetes) down the Fendi x Versace runway during Milan fashion week.

She has recently turned nineteen years old and had a Disney-themed birthday party, the TikTok of which received over one million views and was attended by popular Youtuber and influencer Olivia Neil.

Stella Jones is the daughter of Mick Jones, the famous guitarist from the 1980s British rock band, The Clash.

She is signed to Kate Moss’s modelling agency and is the best friend of Lila Moss. The two have been friends for over ten years and are frequently seen having fun together on both TikTok and Instagram. Having also recently turned nineteen years old, she shared a post of the two of them, among others, celebrating.

She has been modelling for a few years now and has impressively already fronted campaigns for the likes of Prada and walked the runway for Fendi, as well as appearing on the cover of Vogue Italia earlier this year.

Iris Law is the daughter of Sadie Frost and Jude Law, arguably the king and queen of the original Primrose Hill set. She is now twenty-one years old and has spent the last five years modelling. Her list of achievements in the fashion world is impressive, having bagged her first modelling gig in 2015 for East London-based label Illustrated People, she has gone on to front campaigns for Marc Jacobs, Burberry, Loewe, Stella McCartney and La Perla, and is now a Dior beauty ambassador. Just before the pandemic, Law also made her runway debut for Miu Miu at Paris Fashion Week.

When she is not modelling, Iris is studying textiles at Central St Martins in London. She is also very active on TikTok, where she mainly posts videos of herself and her friends having fun or dressing up in funky outfits.

Raff Law is Iris’s twenty-five-year-old brother and is the absolute spitting image of his dad, Jude Law.

He has also had an active modelling career, having walked the 2017 Dolce & Gabbana catwalk show in Milan, as well as posing for the likes of GQ Italia, L’official Hommes Netherlands and i-D magazine.

However, following in Jude’s footsteps Raff is also an actor, having starred in the reimagining of Oliver Twist alongside Rita Ora. He has also appeared in a number of short films and is currently filming for an upcoming American war drama series, Minister of the Air.

Anais Gallagher is the twenty-one-year-old daughter of Noel Gallagher and Meg Matthew and has recently graduated from the University of The Arts London with a photography degree. She is also a model, having signed with Select Model Management aged twelve, and is currently the face of Reebok and a brand ambassador for Mulberry. On TikTok, Anais frequently shares videos of her outfits as well as other quirky videos, surprising Oasis fans with an accent far from Mancunian.

Cousin to Anais, Molly is twenty-three years old and the daughter of Liam Gallagher and Lisa Moorish.

Molly was actually estranged from her dad until 2018, but is now close with him and her half siblings, Lennon and Gene Gallagher.

Being both brains and beauty, Molly studied for a degree in sociology and politics at Goldsmiths University in London before becoming a model. She is now signed with Elite Model Management and she has fronted campaigns for Next and Fred Perry.

There are, of course, the younger siblings of the new Primrose Hill set, who are yet to make their mark. Rudy Law, Iris and Raff’s brother, and Ava Jones, Stella’s sister, are among them. With their social media following climbing as we speak, it seems certain they will be just as successful as their siblings.