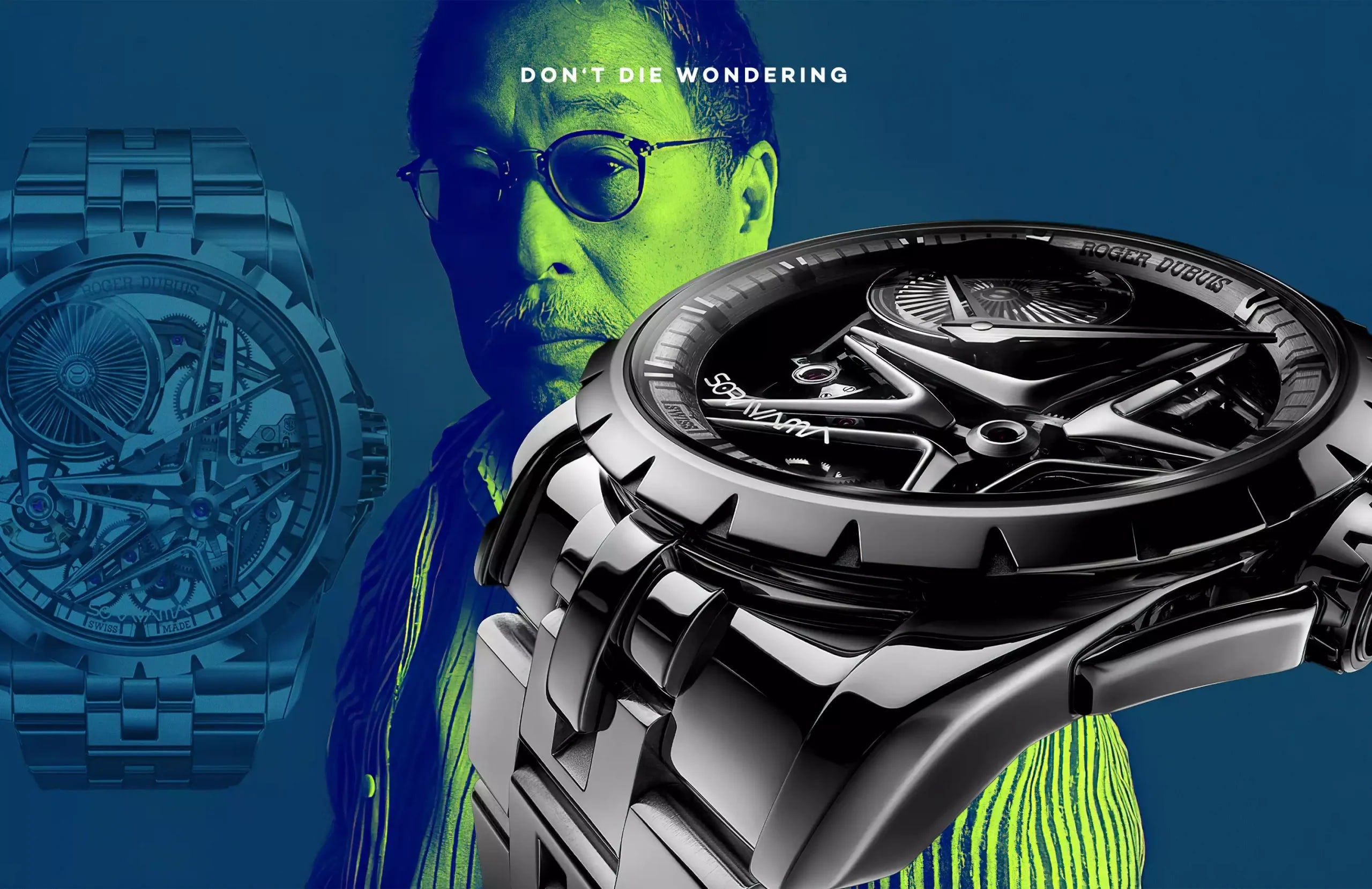 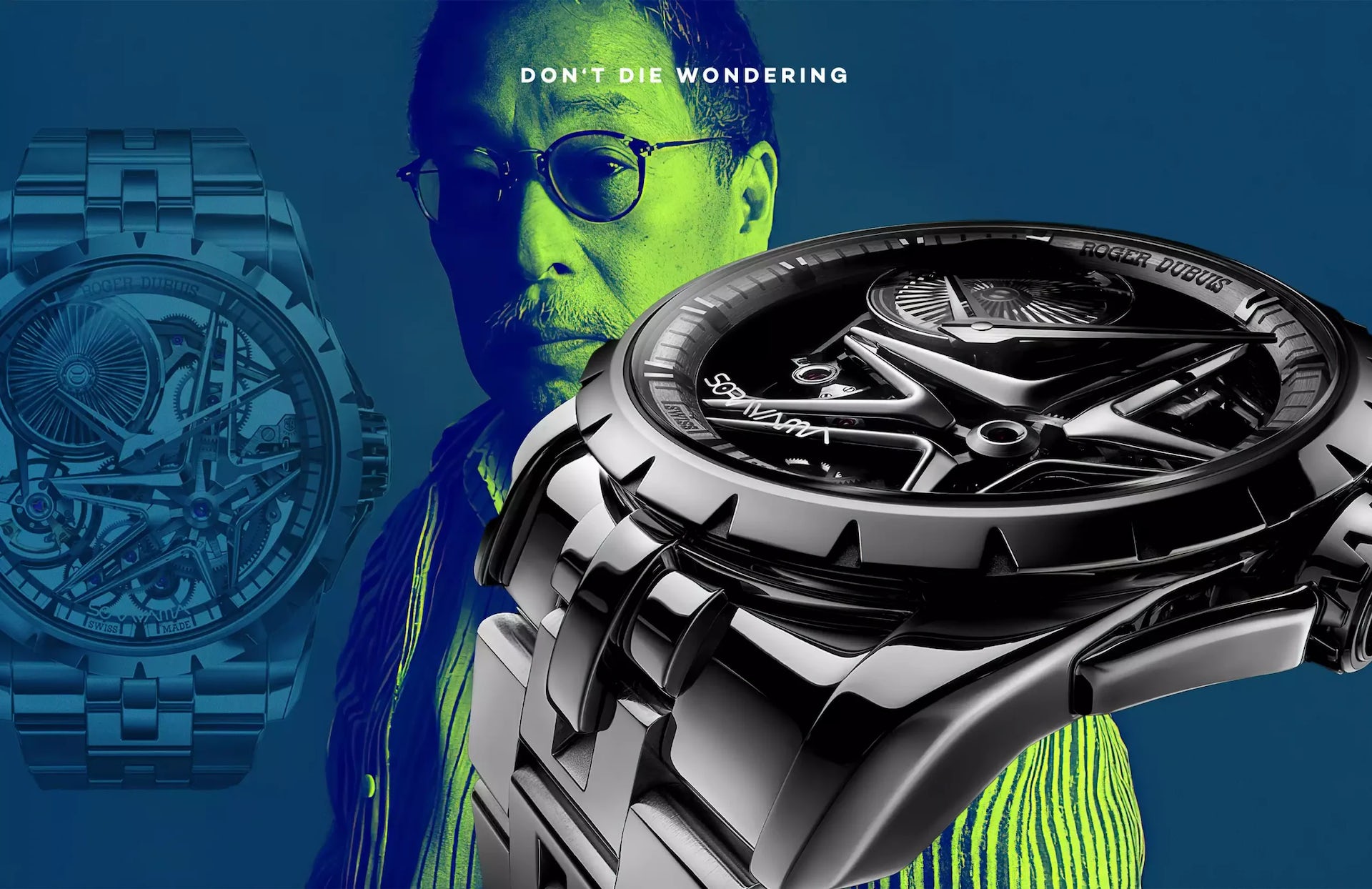 How Roger Dubuis Is Reshaping Modern Art For The Wrist

Roger Dubuis decided to recraft and reshape its work of art, entitled the Excalibur Monobalancier, into a mouthy Excalibur Sorayama Monobalancier. But once you gaze into the sleek black rimmed watch, with a signature star levitating freely above the barrel, this futuristic design could only come from one man in the creative industry.

They decided to ring up a Japanese illustrator known for his ‘sexy robots’ Hajime Sorayama, to express himself. From the hollowed pages of Playboy to the Haute runways of Dior, Sorayama’s chrome creations are ubiquitous these days.

His work is exhibited regularly by collectors and the masses on his social media, but his temptresses weren’t always so recognisable.

Starting his artistic journey studying the female body, Sorayama started from making pin-ups of girls to poster girls, and his artwork has come a long way. But today, his story has transformed into a cult illustrator who was embraced by pop culture in a rather unusual art world.

After reimagining the clunky golden droid from Star Wars into an italic sex pod, his work was opened with big arms in the NFT community. The Swiss watch manufacturer Roger Dubuis decided to join hands with the stand-out artist to incorporate his futuristic designs into a watch.

The watch, named after King Arthur’s sword, is extravagant. Not only due to the limited edition price tag of $64,500 but also its execution. The Excalibur Sorayama Monobalancier features skeletonised movement with a car wheel tourbillon, consisting of 28 parts.

The visionary engineers and watchmakers reinterpreted the original design with contemporary flair.

Roger Dubuis and the newly designed 42mm timepiece is designed with clean-cut lines and a signature star that has been reshaped to levitate freely above the barrel.

“I’m thrilled we brought such a hyper-expressive timepiece to life. By pushing our limits, we’ve created a distinctive moiré and a singular masterpiece,” said Sorayama in a recent press release.

The result is a futuristic timepiece that combines the real world with a rather radical one.