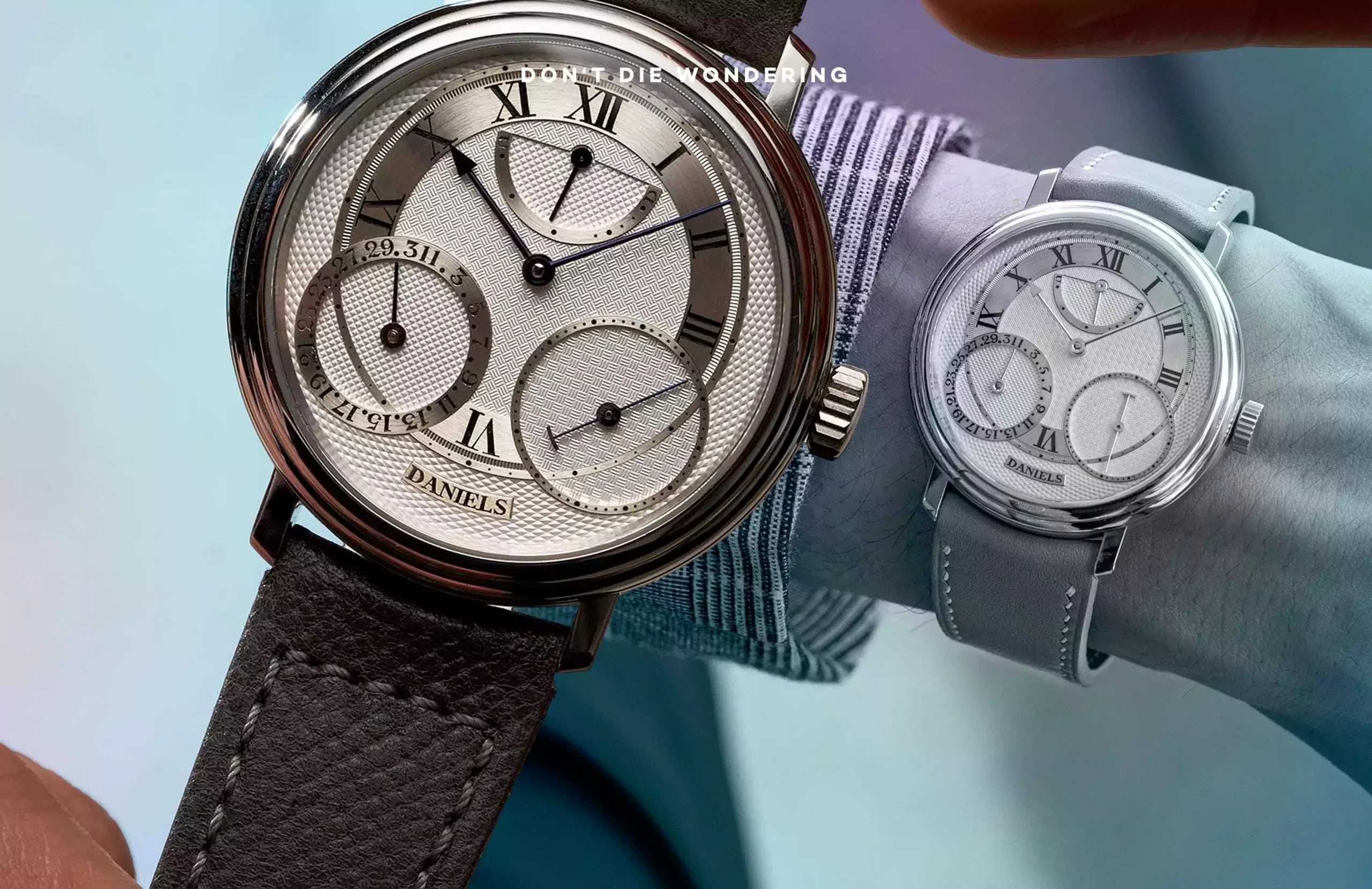 The star of this Spring’s Phillips New York Watch Auction, the George Daniels Anniversary Platinum No.00, is not only scarce but an ode to its creator – arguably the greatest watchmaker of the 20th century.

Their New York Watch Auction Six raked in $30 million against a high estimate of $18 million. That sum represents the second-highest total for a US watch auction, setting a record for a George Daniels wristwatch and any British-made wristwatch at auction. However, the watch that landed on top this year was the first platinum George Daniels Anniversary watch, with serial number 00.

It sold for $2,389,500, to be precise, and was one of four platinum pieces in a series of 47 released in 2010 to commemorate the anniversary of the invention of Daniels’s co-axial movement. So, who was this genius of a man?

That man was Doctor George Daniels.

The Daniels Anniversary Watch 00 is the culmination of a lifetime of work. It is a historical record of genius. Not only is it one of only four examples produced in platinum, but it also is the very first platinum anniversary made and the only one with this coveted serial number.

The watch is accompanied by a signed and dated letter by George Daniels to the original owner, along with a guarantee, presentation box and setting pin.

For enthusiasts and collectors, any George Daniels timepiece is the pinnacle of watch collecting. Throughout his lifetime, only 24 unique pocket watches were entirely hand-made by him; in addition, only two serially-produced, limited-edition models were developed under his leadership.

Whoever bagged that priceless timepiece goes home with a fortune on their wrist. A portion of the proceeds from the sale will benefit The George Daniels Educational Trust, The Alliance of British Watch and Clock Makers and the Horological Society of New York.