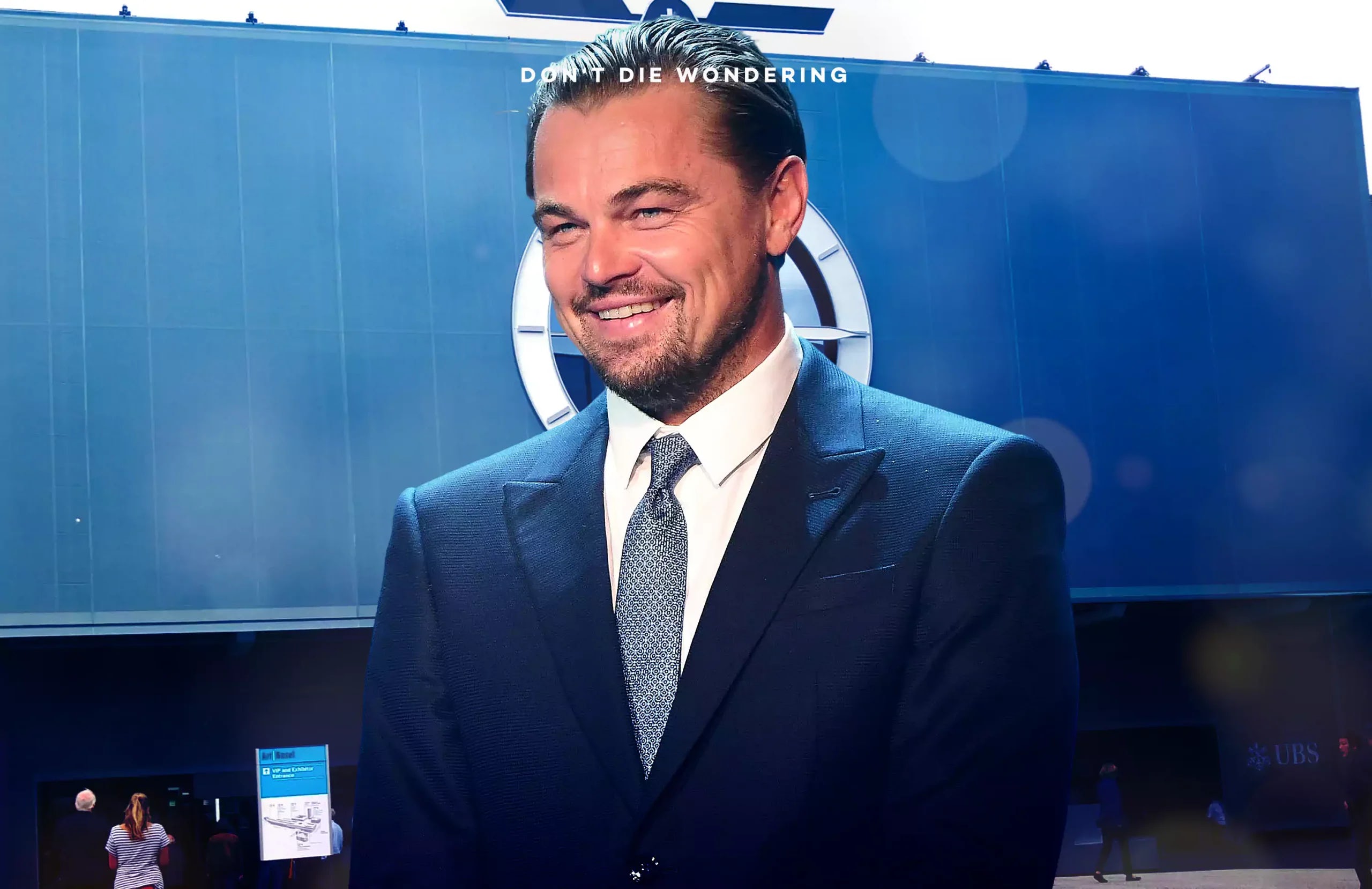 Leonardo DiCaprio is a man of many talents, but when it comes to his downtime, the American actor is a patron of the arts. One of his most significant investments is his awe-inspiring art collection, and we blame Da Vinci – here’s why.

Since the eternal champion of the ‘flat cap’ and ‘bold beard’, Leonardo DiCaprio, has been in diapers, his world in the arts has never backed down from an award-winning appearance. In fact, in the Uffizi Gallery in Italy, in front of Da Vinci’s work, DiCaprio’s parents decided to name him after one of the greatest painters of all time.

The passion he struck for art rung deep within the award-winning actor, whose first ever memory was of the work The Garden of Earthly Delights by Hieronymus Bosch, which hung above his crib.

American star Leonardo DiCaprio is who all men want to be and who all women want to be with. With a successful acting career over two decades, his roles in movies like Titanic, The Wolf of Wall Street and Shutter Island are only the beginning. By 14, DiCaprio was already known as a classic heartthrob and had gained tremendous respect amongst his fellow Hollywood stars ever since.

He is a global fighter for protecting the earth, constantly surrounded by supermodels, and, to make matters worse for other men on this planet – is a massive contemporary art collector who currently holds around $260 million in the bank.

DiCaprio has acquired several impressive works from artists worldwide that span many different styles, including Takashi Murakami and Ed Ruscha. He has been spotted wandering the booths eying up his next big bite during multiple art fairs, auctions, and shows.

One of the actor’s first essential purchases was a Jean-Michel Basquiat drawing that, to this day, is unknown to the public, but after hosting his own Christie’s and Sotheby’s events, plus being in the audience on multiple occasions, other pieces are 100 per cent known.

In 2011, DiCaprio and his deep pockets were in attendance at a high-end art auction at the famous Christie’s auction house in NY City. That day his heart was set on owning a piece called Chevalier by surrealist painter Salvador Dali, and naturally, he won the bid at $1.2 million.

According to Artnet, DiCaprio was seen perusing at the Philips auction sale that same year, where he bid on Under the Influence by Oscar Murillo. His work sold for $400,000.

But don’t get it twisted. Leonardo DiCaprio may be reaping the investment opportunities right now, but he is a man with morals. In 2013, he organised a charity event called The 11th Hour to raise money for the environment. He collected over $38.8 million for the cause.