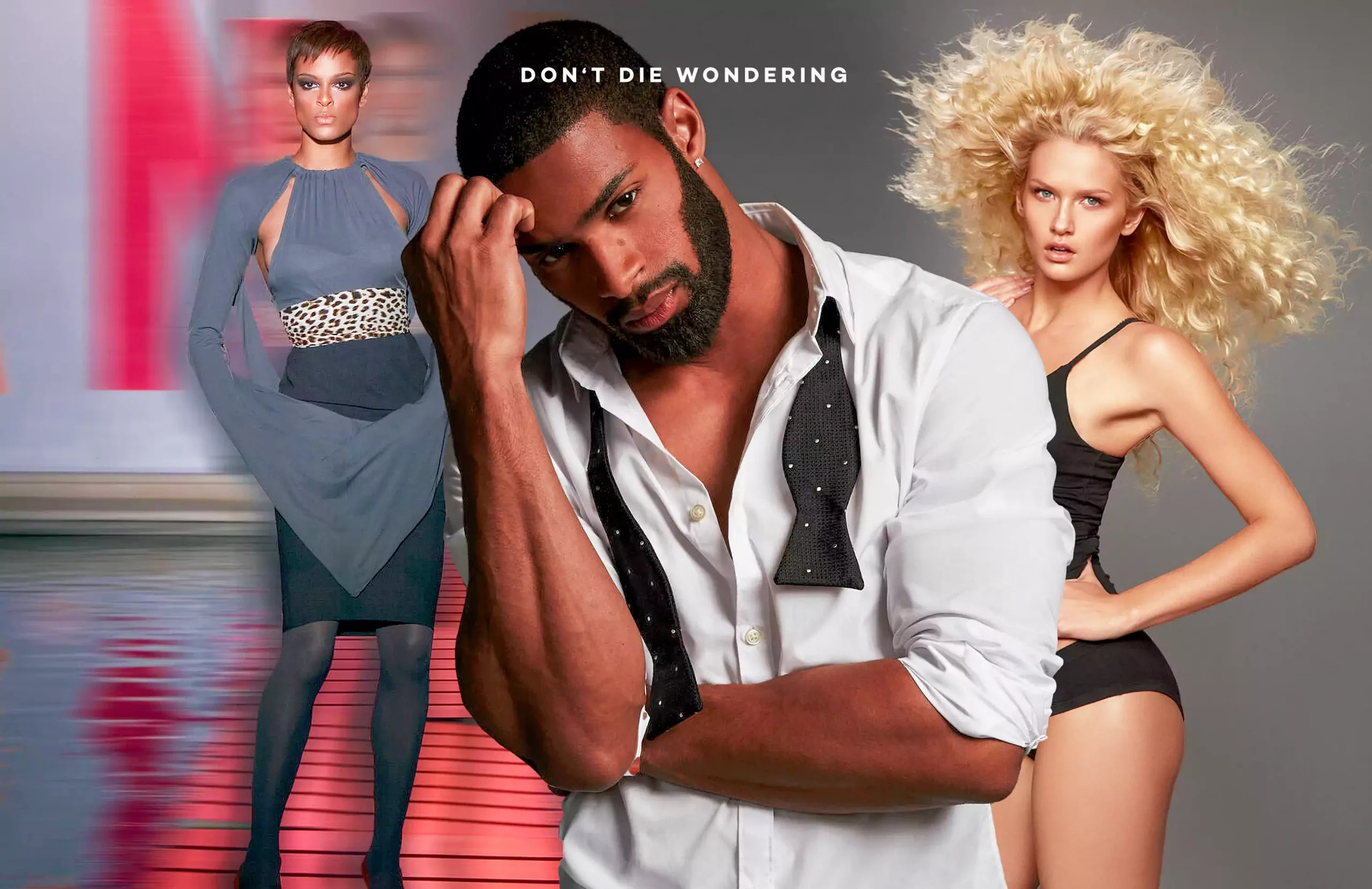 9 of the Most Dramatic America’s Next Top Model Makeovers

America’s Next Top Model makeovers never failed to impress a whole generation. America’s Next Top Model was one of the world’s most famous reality shows that came to an end after 15 years and 24 cycles. It premiered in May 2003, aired its final season in 2018, and spawned many iconic pop culture moments that we still cannot forget about.

America’s Next Top Model was one of those shows that we can hardly forget! We always enjoyed seeing those models rule the runway and the fashion industry, from outrageous photo shootings, snarky contestants, bizarre catchphrases, and, of course, the famed makeover episode. And we have to admit it, we’ve always been wowed in the most unusual way, either by the incredible looks, or even the transformations that missed the mark. Although the show came to an end years ago, it never ceased putting great emphasis on social media among the old and new generations. So, in memory of one of our memorable shows, here are nine of the most dramatic America’s Top Model makeovers.

Cycle 4 contestant Brandy Rusher had her red afro shaved off.

She complained about being the only contestant not getting a makeover, and look what she got! The judges decided to shave her afro and dye her eyebrows red. Of course, she still wasn’t happy with her makeover, and her stroppy attitude landed her in the bottom two. However, Brandy was eliminated two episodes later. Here, all we can say is, be careful of what you wish for.

Cassandra Whitehead’s long brown hair was cut off in Cycle 5 which was considered one of the most dramatic makeovers in the show’s history.

Every girl knows the struggle of asking the hairdresser to cut an inch of her hair, then she discovers that the inch turned out to be maybe…5, 7, or even 10 inches instead! This is one of the most painful moments in our (the girls’) world indeed.

Former pageant contestant Cassandra sobbed when her long brown hair was trimmed into a tiny blonde pixie cut during the makeover. She struggled with her makeover even after leaving the salon, though. The judges wanted to trim another inch off Cassandra’s hair in the ensuing episode, but she objected.

“It wasn’t just cutting an inch and a half of hair for me. It was the last straw of them completely trying to change who I was,” Cassandra said during the episode.

She was told to leave the set, and it was later discovered that she had voluntarily left the competition, making her the first contender to ever do so. We can’t blame her!

Cycle 8 contestant Jael Strauss endured one of the worst America’s Next Top Model makeover blunders ever.

Imagine that after having a weave installed in your hair in a process that took eight hours and was extremely painful, you get to be told that it will be taken all out and that your hair will be cut short instead, frustrating and devastating, right? This is exactly what happened to the contestant Jael Strauss in Cycle 8.

“As my hair is being cut off, I just feel kind of traumatised,” she said in a scene from the show.

Everyone thinks that this weave and colouring belong in the pantheon of America’s Next Top Model’s worst makeovers, including Manuel, the show’s Creative Director, who commented on this makeover saying, “I was against the weave. I wasn’t against the colour. We had so many problems with it. We eventually cut the weave down and let it be short and red. In a perfect world, Brittany should grow out her hair, and we can keep it colored red, and that look would work for her.”

To maximise Brittany’s potential as a model, a sew-in curly, red haircut was given to her. Hatch sobbed through the traumatic process of having the weave installed, and she wasn’t entirely satisfied with the outcome.

Brittany frequently brooded about her matted hair and itching scalp as the season went on. It was subsequently revealed that Hatch’s hair was being torn out by the weave, causing her scalp to become inflamed and red. With barely a few weeks left in the contest, Brittany received mercy by having her weave removed.

A style vs. personality mismatch led Cycle 11 contestant Elina Ivanova to feel out of place.

When the style doesn’t match the personality, then something must be wrong. Cycle 11 contestant Elina Ivanova complained about her bold makeover, which she said didn’t match her more serious, held-back personality. Elina received a curly red weave, which was completely different from the short, dark hair she had when she first entered the competition. The model didn’t enjoy the transformation and claimed that subsequently, she didn’t feel like herself.

However, Elina did well in the tournament, finishing fifth and turning into one of the most enduring competitors of her season. So, this is an example of how getting out of your comfort zone is not always bad.

Instead of hiding the gap between her teeth, Cycle 15 contestant Chelsea Hersley had them widened.

Perhaps one of the most bizarre America’s Next Top Model makeover moments in history came in Cycle 15 when Tyra Banks told a dentist to expand the space between contestant Chelsey Hersley’s front teeth.

Yes, there was a gap, but Banks decided to emphasise it even more to give the model a Lauren Hutton look. Even for an extravagant show like America’s Next Top Model, Chelsea’s unneeded surgery felt out of place, despite the fact that she was into the makeover and performed well throughout the competition.

Molly deserves a trophy for resisting the urge to cry or scream her way out of this utterly terrible weave in Cycle 16. Molly O’Connell’s weave may have been the biggest weave disaster on America’s Next Top Model makeovers to date.

Tyra chose a massive spaghetti monster weave to complement Molly’s southern blonde appeal, but it was a complete disaster that it had to be cut after just one week. The model made it all the way to the top two thanks to her return to straight hair, but her fleeting appearance in such a way more than justifies her inclusion on this list.

When the unusual doesn’t turn out as bad as expected! Laura LaFrate received one of the most interesting America’s Next Top Model makeovers with her bleached-out hair with red and blue streaks.

Laura received a red, white, and blue hairstyle as a tribute to her American roots. It was absolutely different from her light brown hair, but not in a weird way. In fact, it was interesting enough to let her come in second in the competition.

Male competitors on the show often had very basic makeovers, however, Cycle 21 contestant Denzel Wells‘ “beard weave” is remembered as one of the more unconventional makeovers.

Speaking about the most dramatic America’s Next Top model makeovers, we cannot end this article without mentioning Denzel Wells’ beard weave. The contestant had a neat appearance when he first joined the competition, but Tyra changed it all by applying an incomprehensible beard to his face that looked like it was taken off an old Halloween costume, which ultimately led to Denzel’s mid-show elimination.