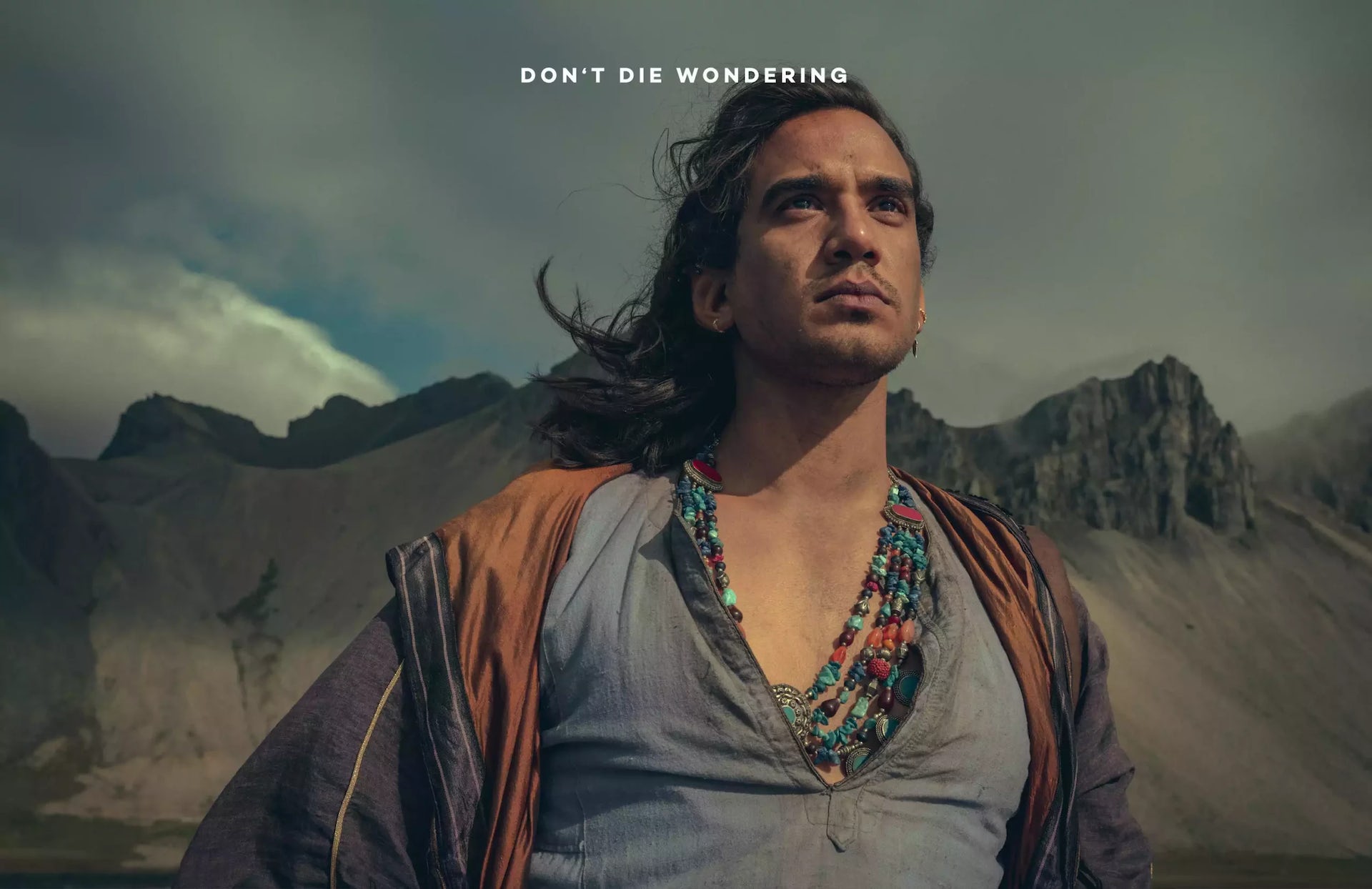 It’s a Sin star, Nathaniel Curtis, opens up to DDW about crying on public transport, being a bookworm and his latest project, The Witcher: Blood Origin.

By the time you’re reading this, Nathaniel Curtis will have probably been off crutches for about two weeks. You see, he dropped a bookcase on his foot. A bloody bookcase. As tragic as that sounds, it seems incredibly fitting, because if one thing has surfaced from our chat is this man’s absolute adoration for books.

Being a ‘bookophile’ becomes a recurring topic. From his unfortunate (yet poetic) bookcase mishap, to the fact that he should set up his own bookclub (an idea I can’t quite tell if he’s entirely convinced by), we spend longer than you’d think geeking out over things we’ve read. “I’d love to open a book club, but then I… I, I’d get scared if I didn’t like the book. I wouldn’t want to finish it.” he admits, almost shyly.

We briefly touch upon Nathaniel’s acting journey, which following his studies began with a touring pub theatre version of Romeo and Juliet. He reminisces it fondly, talking about his yellow ukelele and his love for Shakespeare with a smile on his face. It was around about this time that he landed his first on-screen project, Channel 4’s It’s a Sin, which follows the story of a group of friends in the 1980s amidst the HIV/AIDS epidemic in the UK. Playing the role of Ash, a charming young man who falls in love with lead character Ritchie, Nathaniel Curtis put on a stellar performance.

The whole book shenanigan, it seems, has also seeped into the roles he has played on screen. During a particularly tough scene on the show, his character Ash has to begin censoring the library’s content. He does so in accordance to Section 28, a homophobic act which profoundly impacted the LGBTQ+ community back in the 80s. We reflect on this and the importance of the show, which has been acclaimed worldwide as a “poignant masterpiece”.

“It’s not told from the point of the activists and the people who had any power, it’s about a group of friends who just meet and go to university and just have all these beautiful plans for their lives.” Nathaniel Curtis tells me. “Which is just completely, completely, just battered and obliterated by this horrible disease. And the fact they weren’t protected and all they handled was each other.”

Albeit light and fun at times, I don’t personally know anyone who has not bawled their eyes out with It’s a Sin, but it’s not like the cast wasn’t doing the exact same. Curtis made the rookie mistake of reading the script on public transport. “I was there trying, trying not to whale, like stifling these sobs, but just my eyes were streaming”. He says, talking about when he first got hold of the manuscript whilst he assures me he is by no means a crier. I can’t imagine how those of us fond of shedding a tear or two would’ve reacted.

One thing that becomes evidently clear quite early on is that Nathaniel Curtis probably makes good friends wherever he goes. I’m pretty sure it has something to do with his joyful, kind and optimistic character. For his latest project, the Witcher’s prequel, Blood Origin, Nathaniel reminisces about a moment he had with his co-stars dancing (or, more precisely, shimmying) to rid themselves of the cold. “We were like having a dance to warm ourselves up, which I think is just, it was just really nice. It was really sweet to be on set and just to be so well looked after by, um, actors who’ve worked, who’ve done more than I have.”

On the topic of friends, we delve into what he would get up to if he were to ring up his character on Blood Origin, Brían, to hang out. The pair would “probably talk about books and art and share a bottle of wine” he tells me, “…and talk about ex-boyfriends or something. That’s what we do”. It’s quite an accurate description of many people’s Friday nights, making Nathaniel all the more relatable.

I probably catch Curtis in a moment of shock when I ask him about the one thing he couldn’t live without, and he finds himself mentioning his phone. “Oh, that’s sad to say out loud, isn’t it?” he laughs. Perhaps, but it strikes me as an unbelievably genuine response, attesting to Curtis’ character legitimacy. Here’s a man who’s been able to name me a book and its author from just a short description of its plot, yet he can’t live without his phone. How very 21st century – I commend the honesty.

As our chat draws to a close, I find out a very sad fact about the British actor, which we talk about for a few minutes; he’s allergic to cats. Curtis tells me this when I ask him what he wouldn’t like to die wondering about. “What is allergy in the afterlife? Are you just given a new one and you have to just deal with it for eternity?”. We both ponder existentially, until an even sadder thought pops into his mind. What if he reaches heaven and is suddenly allergic to…dogs?!

We end our chat with his final remark. “Isn’t that hell? Being allergic to your favourite animal in the afterlife?”

The Witcher: Blood Origin premiers on Netflix on the 25th of December.