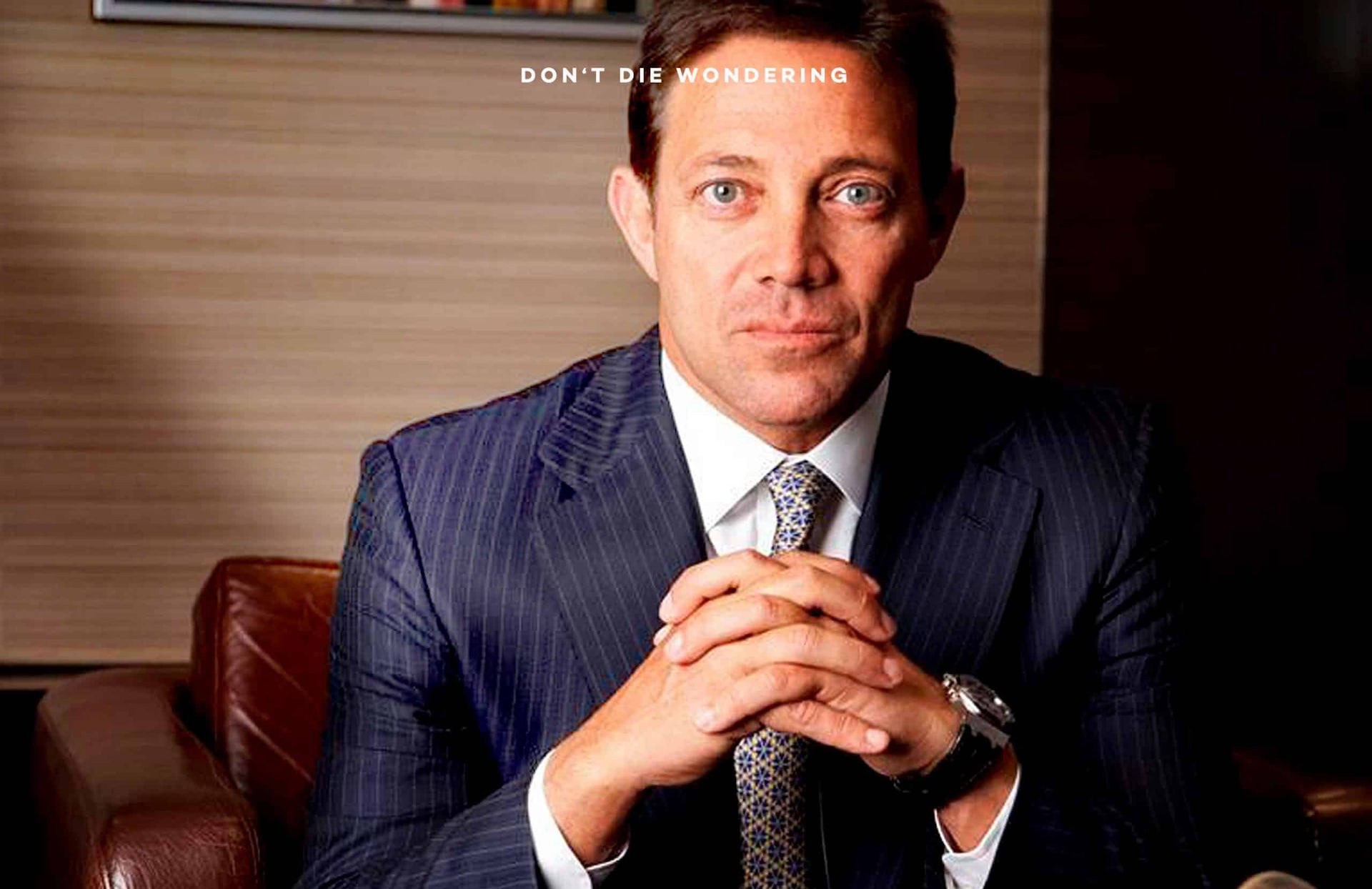 The Wolf Of Wall Street: Where Is The Real Jordan Belfort Now?

It’s hard to believe that it’s been almost a decade since Leonardo Di Caprio enthralled audiences across the world with his portrayal of The Wolf Of Wall Street in the instant modern classic by Martin Scorsese.

Long after the credits rolled on this fantastic black comedy, following the life and career of famed and shamed stockbroker Jordan Belfort, audiences were left with further questions. At the time, the one on everybody’s lips was ‘Could this be the performance that finally wins DiCaprio his Best Actor Oscar?’ (It wasn’t, of course), though ‘Where is the real Jordan Belfort now?’ certainly came a close second.

The film itself is famously based on Jordan Belfort’s memoirs. However, with the book released in 2007 and Scorsese’s adaptation arriving six years later, there’s no doubt been plenty of changes in Belfort’s life and career in the years since.

How Much Of The Wolf Of Wall Street Is True?

Considering its source material, it’s understandable that audiences might take the statement ‘Based on a true story’ at face value – and, as it turns out, The Wolf Of Wall Street is nearly entirely historically accurate.

Jordan Belfort has previously stated that he feels Scorsese, DiCaprio and co. did a fantastic job at capturing the atmosphere at his brokerage house Stratton Oakmont, telling London Real in 2019 that ‘the camaraderie, the insanity’ in the film was accurately portrayed. However, there were some inaccuracies between the truth and the 2013 film.

Those who have seen The Wolf Of Wall Street will likely remember the many scenes depicting Belfort’s use of various drugs throughout his career, most prominently the sequence in which he overdoses on Quaaludes and crashes his car whilst half-paralyzed (which did, indeed, happen in reality).

Quaaludes were a medication first sold as a sleeping aid, though users quickly found that the drug-induced a euphoric high before its intended sedative properties kicked in. Fairly easy for users to obtain for recreational use, Quaaludes quickly became one of the most commonly abused substances in history.

The film depicted Belfort and his inner circle using Quaaludes and cocaine at work regularly – however, Belfort says that his real-life drug use was far worse, admitting that it ‘spiralled out of control’ and that, at the end of his career as a stockbroker, he was a regular user of ‘22 different drugs’.

However, in order to both keep the film from exceeding its already long three-hour run-time and in order to simplify things for the audience, a lot of the drug use that Belfort described in his book was left out. Belfort says that the truth was also simplified when it came to the way that Stratton Oakmont transitioned from selling speculative stocks legally to committing various financial crimes, stating that he felt the film made it look as though he was ‘ripping people off from the start’.

Other aspects of the debauchery, hedonism and misdeeds amongst Belfort and his inner circle that were lifted from the book include Belfort crashing a helicopter in his front yard, sinking his yacht off the coast of Italy, billing prostitutes onto company cards and Belfort’s early mentor (portrayed in the film by Matthew McConaughey) telling him that the key to success in the stockbroker’s world was ‘cocaine and hookers’.

Where Is Jordan Belfort Now?

At the close of The Wolf Of Wall Street, we see DiCaprio’s Belfort being welcomed on stage as the host of a motivational seminar seeking to teach sales advice to others who want to succeed on Wall Street, featuring a reprise of the now-infamous ‘Sell me this pen’ sales tactic from an earlier scene.  Eagle-eyed viewers may have noticed that the man introducing DiCaprio in this scene is actually the real Jordan Belfort himself.

This scene, like the majority in the film, is yet another accurate reflection of reality. Since being released from prison in 2006, Belfort has left behind the world of brokerage and has become a travelling motivational speaker, delivering seminars and speeches on everything from sales advice to get into the entrepreneurial mindset.

Belfort still includes stories from the peak of his Wall Street career in his lectures, though they’re seen more as cautionary tales these days, with Belfort having previously admitted that his ‘greatest regret is losing people’s money. For this reason, much of the content within his lectures is centred around the importance of ethics and morals in business.

Having released his The Wolf Of Wall Street memoir in 2007, Belfort followed his best-seller with a second instalment, Catching The Wolf Of Wall Street, in 2009. The follow-up focused largely on his life following his arrest, conviction, prison time and eventual release. He later released the third book in 2017, The Way Of The Wolf, which invites readers to ‘master the art of persuasion, influence and success.

According to his LinkedIn profile, Belfort’s life ‘represents the ultimate redemption story’, something which he appears to use to excellent effect within his career as a motivational speaker.

As for his relationship with Quaaludes, cocaine and other such substances, Belfort still speaks about those days fairly unashamedly, though he insists that they are well and truly behind him – in fact, he’s thirteen years clean of both drugs and of alcohol.

READ MORE:How Much Do Billionaires Make In A Day?