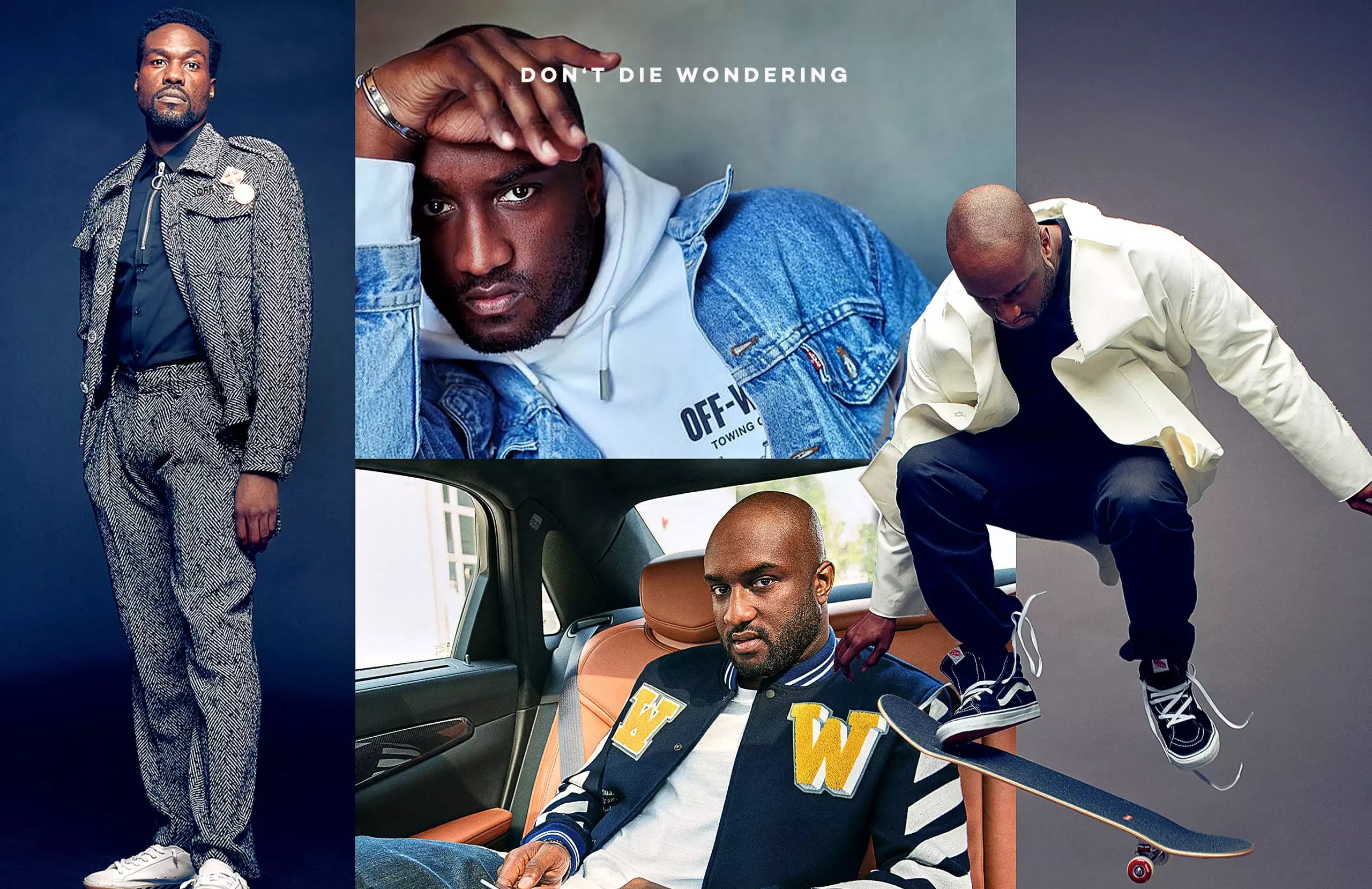 The Legacy Of Virgil Abloh

The news on Sunday that designer Virgil Abloh, artistic director of menswear at Louis Vuitton and creator of his premium streetwear label Off-White™, had died at the age of 41, following a two-year struggle with cancer, has shocked and devastated the fashion, art, and cultural industries. Not only was Abloh upheld as one of the most influential designers in the fashion industry but was also a DJ, artist and had degrees in civil engineering and architecture. The outpouring of grief from across the globe is a meaningful testament to his talent, influence and impact. Today, we commemorate Virgil Abloh’s life and legacy, looking at some of his biggest achievements on the way.

Abloh was born outside of Chicago on September 30th in 1980 and was raised alongside his sister in nearby Rockford by his Ghanaian immigrant parents. He graduated high school in 1998 and after receiving his Master of Architecture in 2006, he started to design clothes in 2012.

Before this, Abloh had interned at Fendi with Kanye West and assumed the role of creative director at Donda, Kanye’s creative agency, where he was involved in Ye’s first sneaker collaboration with Louis Vuitton, which helped put streetwear on the map. Working with Ye propelled Abloh to prominence in the rap world, and he went on to design album covers for artists like Pop Smoke, Westside Gunn, Octavian, and Lil Uzi Vert too. In 2011 he earned a Grammy nomination after directing the artwork on the album Watch the Throne by Jay-Z and West. He also worked with Ye on merchandise, more album artwork and set design. His relationship with Kanye was a significant starting point to his career in fashion and Kanye’s musical tribute to Abloh during his Sunday Service is evidence of the pair’s close bond.

In addition to his role of creative director of DONDA, Abloh began cultivating his prominent position in the fashion industry from 2012 – Pyrex Vision was founded in New York that year. He bought deadstock Ralph Lauren flannel shirts and screen printed the word Pyrex and the number 23, a homage to his childhood hero, Michael Jordan. He then sold them on for a lot more. Having set the tone for his successful career, Abloh started Off-White™, a creative venture centred in Milan with fashion as its major medium in 2013. Abloh described the brand as “the grey space between black and white as the colour Off-White™,” that merged streetwear, luxury, art, music and travel. The brand’s graphic identity is built around air quotes, zip ties, capital letters, and barricade tape. As luxury firms have shifted to streetwear aesthetics, Abloh’s design language — rooted in the fusion of streetwear and high fashion — can now be found across the board. In 2015, Off-White™ was nominated as a finalist for the LVMH Prize, which foreshadowed his ultimate appointment at Louis Vuitton.

Despite the unveiling of a collaborative exhibition with Takashi Murakami at Gagosian, the release of his first song, the opening of his New York store, the British Fashion Award for Urban Luxe Brand, and collaborations with Warby Parker, Jacob the Jeweler, and Jimmy Choo, Abloh’s major news in 2017 was “The Ten,” his sneaker collaborative project with Nike. Taking a work-in-progress approach, Abloh re-created ten of Nike’s most famous silhouettes, each with a safety tag around the laces. The limited release piqued the interest of the sneaker community, so Abloh held panels and workshops with Nike, as well as more releases, throughout the year. Abloh’s relationship extended beyond footwear – in January this year, Nike published “Icons,” a book produced in conjunction with Abloh that gave sneakerheads a behind-the-scenes peek at the development of “The Ten,” as well as displaying original text exchanges between Abloh and Nike designers.

In 2018, Virgil Abloh was appointed head of menswear design at Louis Vuitton. He was the first black designer at Louis Vuitton and the most visible black designer in fashion. “Virgil was not only a fantastic designer – a visionary – he was also a man with a wonderful spirit and profound knowledge,” said Bernard Arnault, CEO of LVMH, which owns both Off-White™ and Louis Vuitton. In addition, the company has scheduled a presentation of his Spring-Summer 2022 Collection for tomorrow in Miami.

Giving the world so much in such a short amount of time, Virgil Abloh was a true visionary who brought fashion into areas where it has never gone before, collaborating with everyone from Nike to Ikea, Perrier, and Mercedes-Benz. Abloh single-handedly transformed the fashion industry, reshaping outdated structures and allowing a wider range of people to enter the ivory towers of fashion.

His children Lowe and Grey, as well as his wife Shannon, survive him.