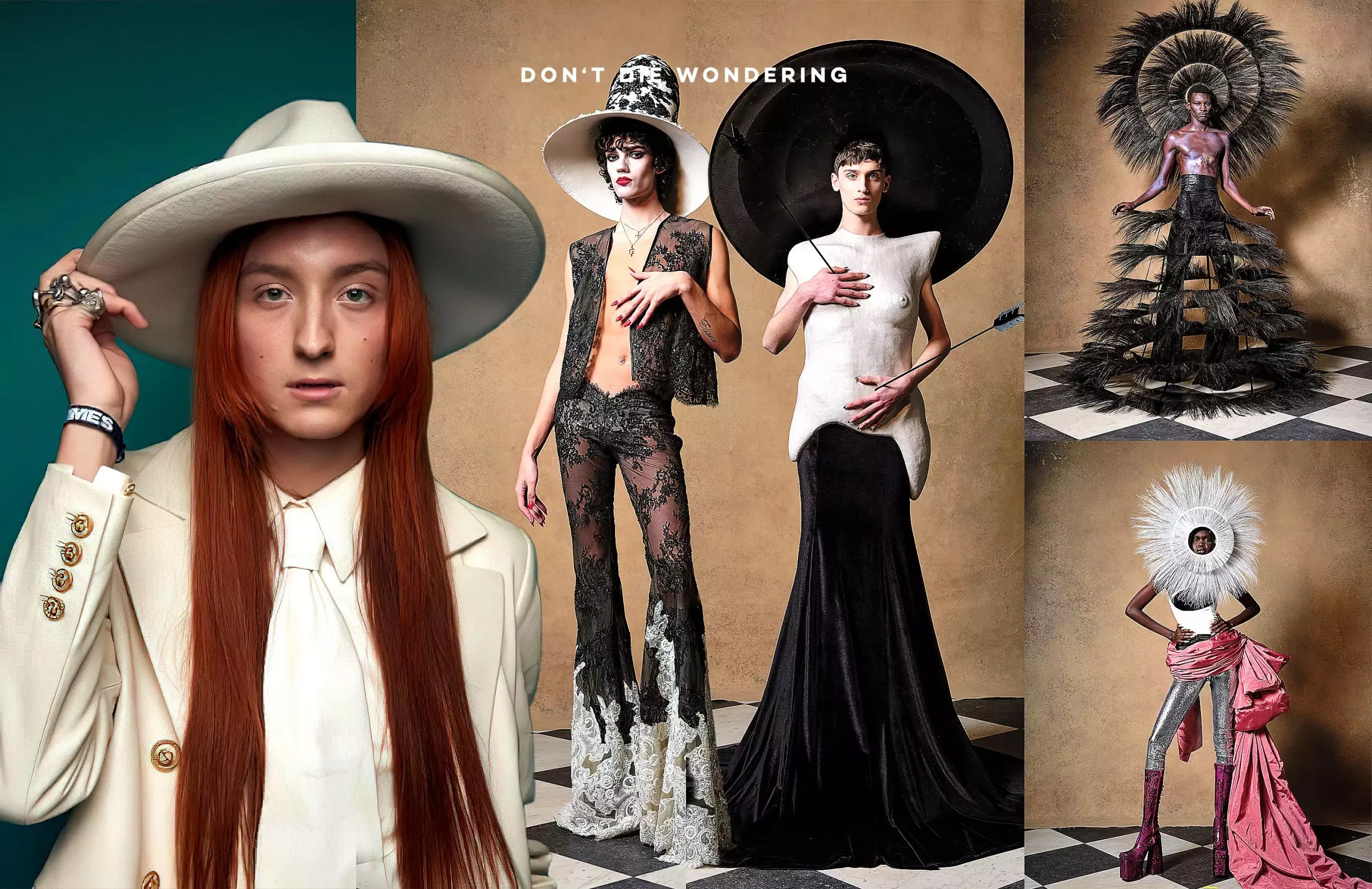 Someone like Harris Reed has long been required in the fashion industry to shake things up and challenge the status quo. Reed demonstrated that he’s the perfect person for the job on Thursday night, with some assistance from surprise special guest Sam Smith.

Despite graduating from Central Saint Martins in 2020, Harris Reed is one of London Fashion Week‘s hottest tickets, having made his formal debut in September 2021 for the SS22 collections. This year was only Reed’s second-ever show, and yet the designer’s latest demi-couture offering had the elaborate unveiling of a seasoned fashion vet.

The performance show, ’60 Years A Queen,’ has been in the making for several years. During his first year at Central Saint Martins, Reed stumbled upon Sir Herbert Maxwell’s 1897 book on the reign of Queen Victoria. It happened to have low-fi photocopies of Mick Jagger taken in the mid-1970s. It turns out that the combination of material, era, and aesthetic was a fortunate happenstance that would go on to define the range of inspirations that informed the Harris Reed vision’s fluidity.

The collection incorporates monarchical elements such as draped, coronation-worthy trails in rich (crown) jewel tones, as well as lace tailoring in retro cuts. Reed expands on the concept by linking monarchic and coronation wardrobes to the modern-day club-kid scene. “This isn’t so much a direct interpretation of the British monarchy’s sartorial inclination, but instead a look at how the club-kid scene has long borrowed, loaned and built upon the regal wardrobe,” the collection notes read. “Whether that’s in necklines of ruffs, masks and takes on ceremonial crowns or through evocative Elizabethan-era painted faces.”

In designing for queer interpretations of kings and queens, Reed fearlessly plays with proportion and volume. The outcome is the perfect glam-rock flared trousers, flamboyant fishtail skirts, and giant bow embellishments that keep their shape throughout the night. Reed teamed with artist Cassie Rendle on a half-male, half-female torso chest piece, as well as with Vivienne Lake to improve the now-signature wide-brim headpieces and create new towering head toppers.

The rest of the Reed’s silhouettes were not representative of a collection meant to investigate a certain design concept. Instead, they were DIY-style explorations of the language of haute couture, and, to a larger extent, proof that the Harris Reed brand isn’t really about design in the first place. It’s about him as a performative phenomenon steeped in generational values exhibited through his genderless creations and the nonbinary individuals he puts them in. This season, he re-evoked the dress he designed with Dolce & Gabbana for Iman at last year’s Met Gala on a nonbinary body type.

Continuing Reed’s commitment to sustainable practices, the collection upcycles The ensemble upcycles 100-year-old upholstery fabrics supplied by the Italian Bussandri family to bring the regal vision to life; the designer also sourced deadstock sequins from a London supplier, and repurposed and handpainted each feather from the Dolce & Gabbana Met Gala outfit.