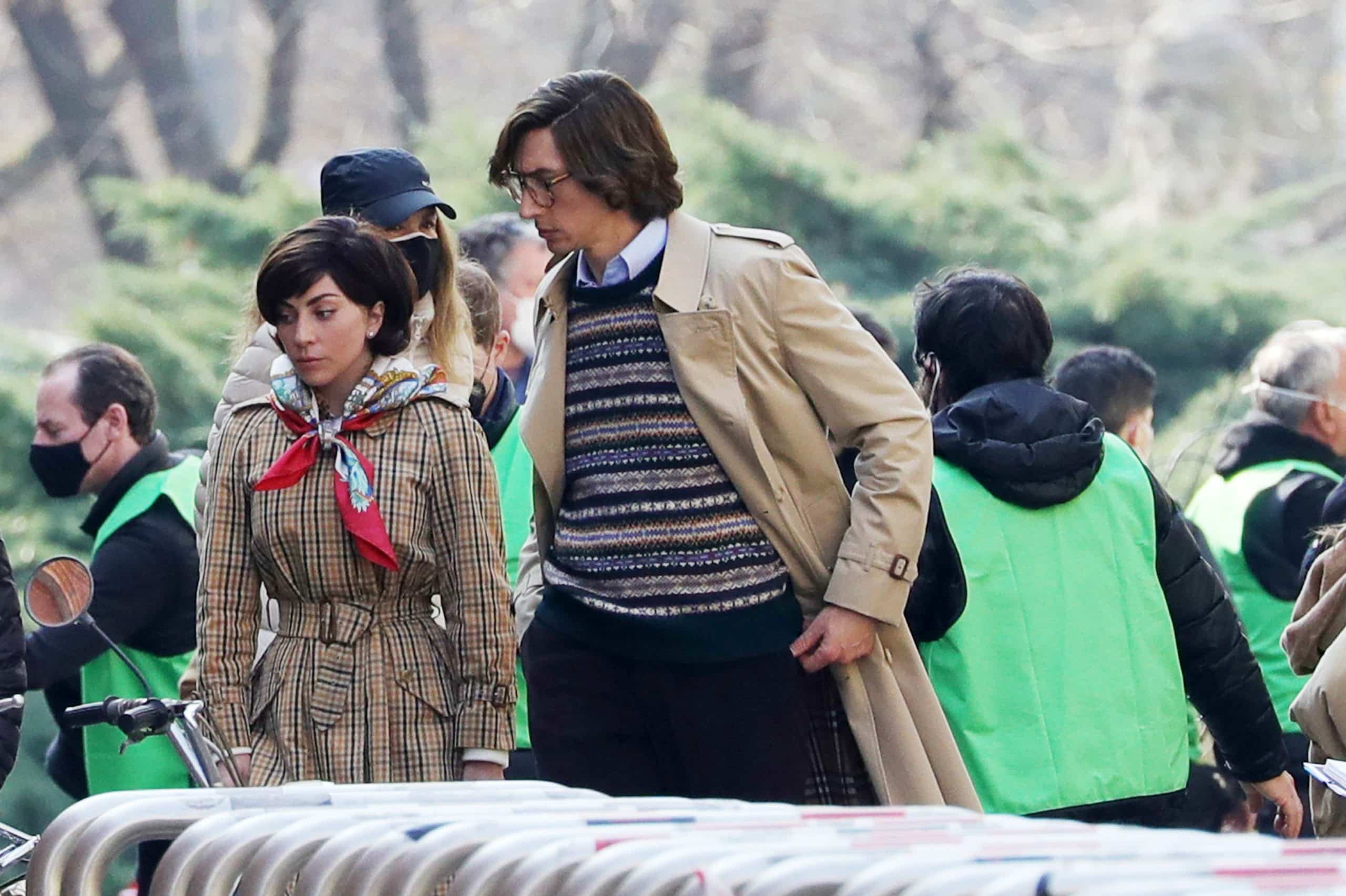 You’ve probably already heard about Ridley Scott’s upcoming movie House Of Gucci, starring Lady Gaga and Adam Driver – but do you know the intriguing tale behind it?

Focusing on the tumultuous real-life relationship between Maurizio Gucci and his estranged wife Patrizia Reggiani, House Of Gucci is a sensational story of murder, glamour and greed – perhaps even the darkest series of events in fashion history.

The relationship between the pair began in the early 1970s, after Maurizio Gucci (grandson of Gucci founder Guccio Gucci and would-be heir to the brand) met a young Patrizia Reggiani at a friend’s party.

Instantly, he was captivated – Patrizia was confident, flirtatious and charismatic, all traits which were further complemented by her resemblance to golden age film star Elizabeth Taylor. It wasn’t long before the pair began a whirlwind romance, wasting little time before deciding to marry.

Even in these early stages, however, it wasn’t always smooth sailing. Maurizio’s father, Rodolfo Gucci, had his suspicions regarding his future daughter-in-law, begging Maurizio to reconsider his decision and making his concerns clear – in Rodolfo’s eyes, Patrizia was less taken with Maurizio himself and more with the luxurious lifestyle that he would be able to offer her. When Maurizio refused to heed his father’s warning, Rodolfo attempted to take the situation into his own hands, requesting that the cardinal of Milan call off the wedding. Despite his efforts to prevent the union, Maurizio and Patrizia were married in 1973.

Patrizia settled comfortably into her new lifestyle once the pair’s marriage was made official. Thanks to her husband’s vast growing wealth, Patrizia became a lady of leisure, enjoying regular designer shopping sprees, exotic vacations in beautiful destinations around the globe and quickly building a reputation for hosting Milan’s most extravagant parties – as well as the couple being a mainstay on everyone else’s guest list, too.

Friends of the couple gave them the portmanteau nickname ‘Mauizia’, a title which Patrizia particularly enjoyed, even commissioning matching number plates featuring the name and displaying them proudly on the pair’s luxury cars.

Reportedly spending almost £10,000 per month on floral arrangements alone, it was understandable that Patirizia’s devil-may-care approach to spending managed to raise eyebrows amongst even their wealthiest friends. When asked about this, however, Patrizia would simply state “I’d rather cry in a Roll’s Royce than be happy on a bicycle.”

The press latched onto Patrizia’s glamorous looks and lifestyle, christening her ‘Lady Gucci’ and routinely reporting on her activities as she split her time between the couple’s home in Milan and additional properties in St. Moritz, Acapulco and Manhattan.

The couple had also started a family in the years following their wedding, sharing two daughters, Allegra and Alessandra. From the outside, they seemed to be the perfect family – on the inside, however, the cracks were beginning to show.

After the death of his father in 1983, Maurizio inherited 50 per cent of the Gucci empire, pulling his uncle into a bitter legal row in an attempt to gain full control. While he eventually succeeded, the battle for ownership of the family’s fashion house had not been easy – or without its financial pitfalls. Seeking escapism from his business troubles and with his wife furious regarding the damage that the lawsuit had wreaked on their finances, Maurizio decided to begin a new life with his mistress, interior designer Paola Franchi in Florence.

In 1985, Maurizio told Patrizia that he was embarking on a business trip with Paola. He never returned to the family home.

Patrizia was furious. She opened divorce proceedings against her estranged husband, with a court granting Patrizia an annual alimony payment of $500,000 in 1991. In her mind, however, this simply wasn’t enough – not only was it a drop in the ocean when it came to financing the lifestyle that she had become accustomed to over the years, but it would go no way towards healing the wounds that her ex-husband’s behaviour had left behind. Patrizia did not wish to be made a fool of.

Things went quiet between the pair, at least as far as the media were concerned – then, on March 27th 1995, Maurizio Gucci was shot dead on the steps outside his office.

The gunman fled the scene, leaving no evidence behind. Italian police, despite exploring various lines of enquiry in the high-profile case, were unable to provide an answer to the questions surrounding Maurizio’s murder.

Two years later, however, there was a breakthrough in the case.

On the word of an informant who swore that he had overheard a night porter boasting about recruiting a hitman on Reggiani’s behalf, police arrested Maurizio Gucci’s former wife. While much of the evidence appeared circumstantial, it all seemed to point towards Patrizia’s guilt – including a note in her Cartier diary reading ‘paradeisos’, the Greek word for ‘paradise’, on the fateful day of her former husband’s death.

All eyes were on the following trial, as Patrizia Reggiani attended court dressed head-to-toe in Gucci for each appearance that she made. The press quickly nicknamed the accused the ‘Black Widow’.

In 1998, a verdict was reached – Patrizia Reggiani was found guilty of organising the murder of her former husband and was sentenced to 29 years in prison. During her prison sentence, she was offered the possibility of open prison, which would have allowed her a little more freedom in exchange for taking up employment. Characteristically, she responded “I’ve never worked in my life and I’m certainly not going to start now.”

Credited with good behaviour, Patrizia Reggiani was released in October 2016, having served 18 years of her sentence. She has since kept a comparatively low profile, though found herself garnering attention once again after being awarded over £16,000,000 back pay from the Gucci estate to make up for missed alimony payments during her sentence.

Most recently, however, Patrizia’s appearances in the news have been due to her frustration after hearing word of Ridley Scott’s dramatization of the events, as well as Lady Gaga’s casting.

“I’m annoyed by the fact that Lady Gaga is portraying me in the film without even having the courtesy or the good sense to come and meet me” she told an Italian news agency, “It’s nothing to do with money because I won’t be taking a single cent from the film. It’s about common sense and respect.”
With House Of Gucci set for release on 26th November 2021, there’s plenty more time yet for Regianni to weigh in on the events – as for us, we simply can’t wait to see how they are put to film by Ridley Scott.

See Also: When Can We Expect To Hear ‘DONDA’, Kanye West’s Tenth Album?

What would an extra $5,000 to $10,000 monthly PASSIVE INCOME do for you? Most try to teach you how to generate passive income from an automated eCommerce store, we just fully manage it for you. Our team handles everything from finding winning products, building, managing and scaling your Amazon or Walmart store – giving you a hands-free stream of income. CLICK HERE TO FIND OUT MORE ABOUT DDW ECOM.
Author: samuel
sharetweet
pin