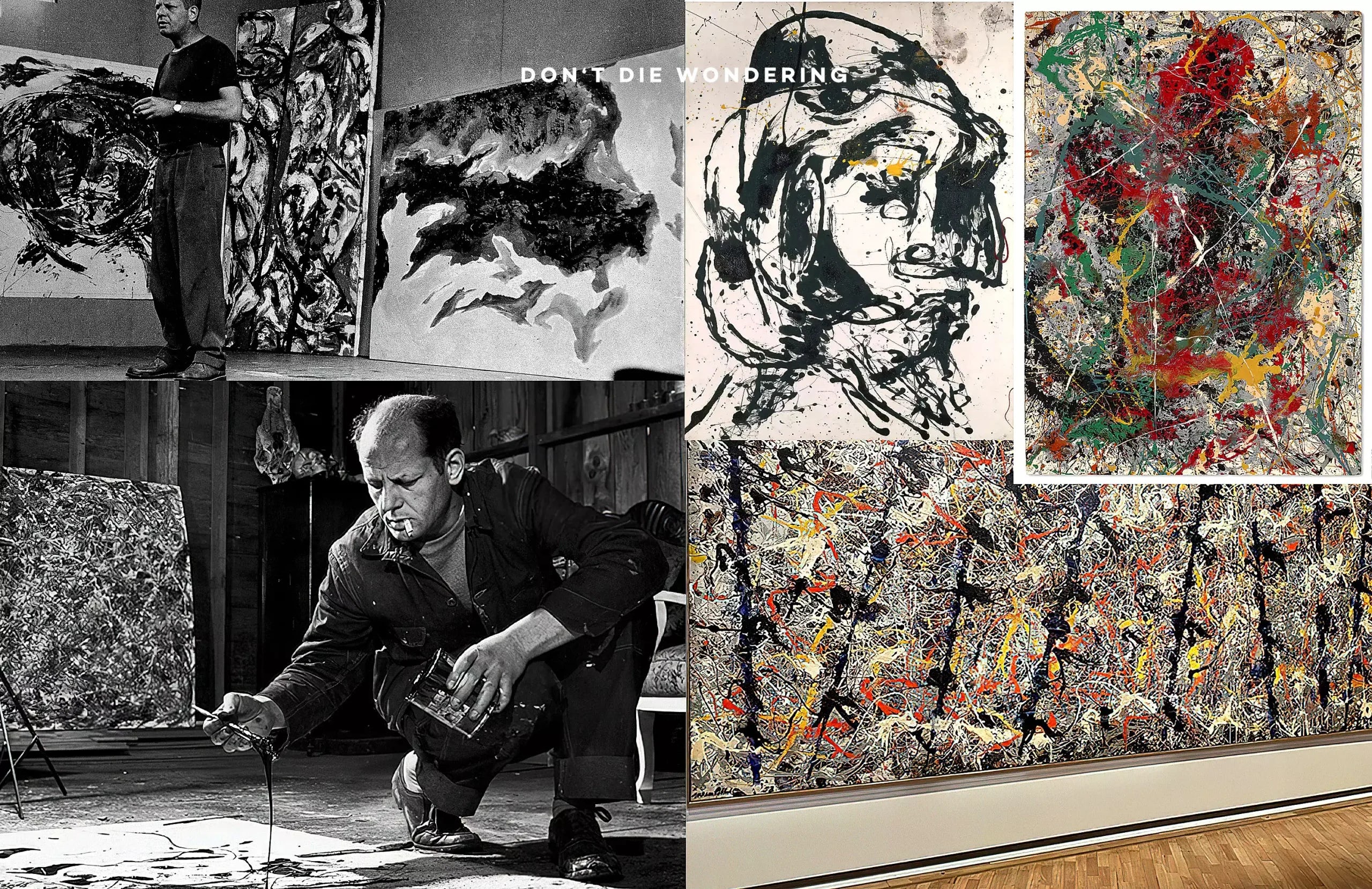 The artist famous for making vivid, drippy, messy paintings, Jackson Pollock, is about to be put under the spotlight for his modestly-sized colourful masterpiece.

A Jackson Pollock painting with an extraordinary presale estimate will be the top lot of Christie’s 20th-century art evening sale on May 12 in New York.

Number 3, “a colourful drip painting made in oil, enamel, and aluminium paint and gesso on paper mounted on Masonite”, has been in the same private collection for two decades, according to ArtNet. It is estimated to sell for more than $45 million.

Jackson Pollock was an abstract expressionist artist. He dripped paint onto large canvases on the floor. Sometimes he threw the paint onto the canvas – and some of his paintings still have footprints on them from when he stepped in colour.

In 1947, Jackson Pollock developed a radical new technique called “action- painting”, which involved dripping thinned paint onto a raw canvas laid on the ground using broad and rhythmic sweeps of a large and loaded brush or, more usually, direct from the can – a far cry from the traditional painterly method whereby a meeting applied pigment to a canvas on an easel.

Pollock’s painting smashed all conventions of traditional American art. Their subject matter was entirely abstract, and their scale was massive, but Pollock’s immediate legacy was certainly felt most by other painters. His work brought together Cubism, Surrealism, and Impressionism elements and transcended them. Besides that achievement, even greats such as Willem de Kooning, who remained closer to Cubism, and hung on to symbolic imagery, fell short.

And the best among subsequent generations of painters would all have to take on his achievement, just as Pollock himself had wrestled with Picasso. Number 31 is one of the largest and most prominent examples of a Jackson Pollock Abstract Expressionist drip-style painting. A private collector owned the work of art until 1968, when it was purchased by the Museum of Modern Art (MoMA) in New York City and displayed ever since.

Number 31 is a masterpiece of the ‘drip’ technique and among the largest of Pollock’s paintings.

“On the floor, I am more at ease. I feel nearer, more a part of the painting since this way I can walk around it, work from the four sides and be in the painting” – Jackson Pollock.

Christie calls Number 31 “among the richest and most powerful examples of Pollock’s celebrated drip paintings.”