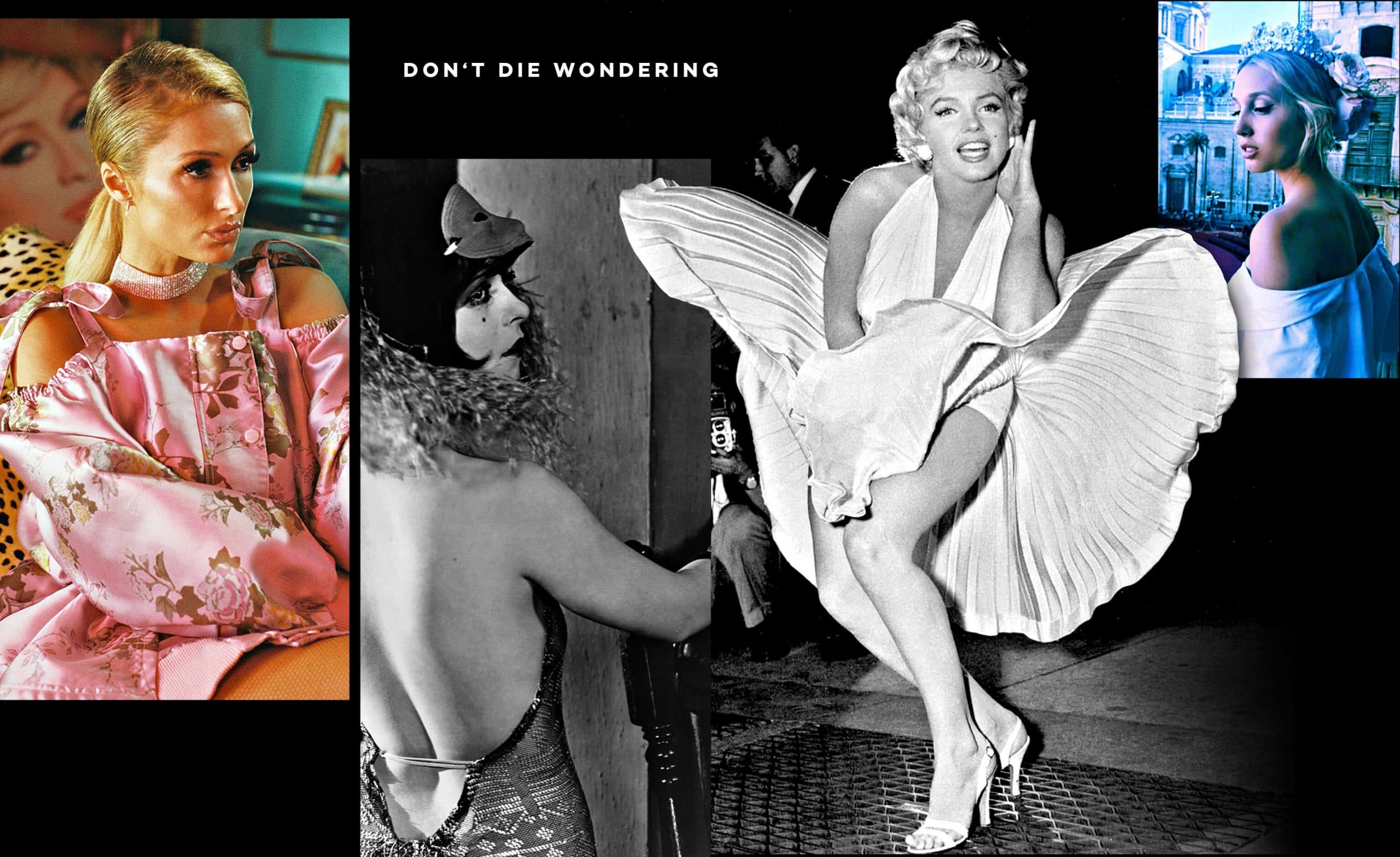 Home » ‘I’m Not Interested In Money, I Just Want To Be Wonderful’: The History Of The ‘It’ Girl

What Makes An It-Girl – And Who Are The It-Girls Of Today?

“It isn’t beauty, so to speak, nor good talk necessarily”, wrote celebrated poet Rudyard Kipling in 1904.

It’s thought that this was perhaps the first use of the word ‘it’ in a context that has since become synonymous with the elegance, intrigue and glamour all found in one particular class of woman: the It–Girl.

It’s difficult to define what exactly makes somebody an It-Girl – the definition of the term is somehow incredibly specific, yet simultaneously ambiguous.

The phrase first rose to prominence as a descriptive of one woman in particular, Clara Bow, the star of 1927’s silent romantic comedy ‘It’ – an appearance which saw the actress receive over 45,000 fan letters in a single month! In the years since, we’ve seen It-Girls take the form of not just actresses, but models, musicians and socialites, too.

The main similarities between the It-Girls of each era, however, are clear. Style, decadence, charisma, sophistication, charm and a love of entertaining and socialising are a running theme across each and every woman who has been described using the term, showing that ‘It’ isn’t about what they do for a living, but rather about who they are.

One of the first women who comes to mind when discussing the idea of It-Girls is iconic actress Marilyn Monroe, whose meteoric rise to fame and endless allure quickly positioned her as the defining pin-up of the decade, earning her a following and reputation that stands strong today.

When once asked about the riches her fame had brought her, Marilyn responded, “I don’t want to make money, I just want to be wonderful” – a typically charming response from the actress. It’s clear even sixty years on from her death that she achieved this goal in the eyes of millions.

Marilyn Monroe wasn’t the only It-Girl of the golden age of Hollywood, with legendary British actress Audrey Hepburn courting a similar reputation. Famed for her class, style and natural beauty, Hepburn is still widely regarded as one of the most iconic actresses in history, and an icon of the 1960s overall.

In the 1980s, the It-Girl title found its way to younger stars, such as Madonna and Molly Ringwald. Molly Ringwald was the teen queen of the decade, having played the romantic lead in the majority of coming-of-age tales by legendary director John Hughes and become the most iconic figure within the so-called Brat Pack – a nickname coined by the media to describe many of the young actors of the decade.

Much of the appeal of Molly Ringwald came down to the way that she appeared to be your archetypal girl-next-door, though with an added feistiness and uniqueness about her – her roles often reflected this. Young girls of the day looked up to her, with fashions worn by Ringwald in her films and public appearances quickly becoming the iconic teen style of the decade.

Madonna, however, had something of a more mature appeal. Her music and videos courted controversy, with songs Like A Virgin and Like A Prayer both putting her at the centre of a media storm. Her devil-may-care attitude towards her critics gave her an allure that many couldn’t help but be taken in by – it’s no wonder that she has held onto this intrigue for some many years.

However, the way that the press were able to turn on Madonna so quickly was certainly a sign of things to come regarding the way that It-Girls were portrayed in the media.

In the years following, the phrase would take on a slightly different meaning, with the majority of the It-Girls of the 1990s being either socialites, such as the late Tara Palmer Tomkinson, or the decade’s supermodels, including Kate Moss and Naomi Campbell. This was the decade that first led to the introduction of another running theme between those described as It-Girls – a love of luxury, parties and high society, with very little else to fill their time.

The 1990s also brought a shift in the way that the media seemed to react towards the It-Girls of the time, with the press taking a more critical attitude towards their behaviour, printing unflattering photographs and stories that put their subjects into an entirely negative light, supposedly in the knowledge that controversy never fails to sell. Magazines and newspapers poured over the women’s troubled romantic lives or secret drug and alcohol battles, seeing these difficult issues as little more than a fantastic cover story.

With their fame, beauty and money, yet with their not-so-private battles in their personal lives printed for all to see, the attitude to It-Girls within the press and public consciousness shifted from ‘I want to be them’ to ‘I want what they have, but I don’t admire them’. This was a time when many celebrities were seen as little more than one-dimensional characters used to sell products and papers, much to the dismay of the women themselves.

Tara Palmer Tomkinson, in particular, spoke on the issue plenty throughout her life.

“It is agreeable to wake in the morning and find a national newspaper praising one’s beauty,” she wrote in The Spectator in 1996, “It is far less agreeable to discover that this praise has been set in the sour old mould of ‘beauty rather than brains’.”

This attitude was very much brought forward into the 21st century, a time when the main It-Girl of the era was famed socialite Paris Hilton.

In many ways, Paris Hilton remains the archetypal It-Girl of the last twenty years – rich, beautiful, charismatic and an unapologetic fan of the party lifestyle – yet she faced no shortage of criticism from the press for everything from her diet, to her spending habits, to her troubled romantic life. She was certainly famous, but it couldn’t be said that her fame came from ‘fans’, as such – she was written about so often because she was famous, but she was almost famous exclusively for being written about. In many ways, It-Girls were no longer seen as admirable talents or icons of their trade, rather they were seen simply as media goldmines, with their every private struggle made public knowledge.

These days, national newspapers and magazines do have to exercise a little more care and attention when writing about the lives of celebrities. This is largely thanks to a shift in the overall attitude of the public regarding the mental health of celebrities, with many now expecting the media to be far more considerate in their treatment of those in the public eye. So, where does that leave the It-Girl archetype now?

Despite the changes that the idea of the It-Girl has taken on over the years, thanks to the rise of social media and the changing attitudes of the press (many have taken a step back from running such inflammatory stories), it seems that It-Girls are just as popular as ever and are back to being revered and admired – they’re just recognised for slightly different reasons these days.

With the prominence of social media within our lives, it’s only natural that many of the It-Girls of today did not find their fame within the world of traditional mainstream entertainment, rather rising to prominence from the internet.

One woman who is increasingly rising to prominence within the It-Girl mould is Tanya Burr. The 31-year-old first rose to fame on the video-sharing platform YouTube in 2010 and, in the years since, has tried her hand at many trades, releasing everything from cookbooks to cosmetics to her legions of followers. These days, her focus is on her career as an aspiring actress – a career change that appears to have also put a little more media attention onto her, too, as she is regularly photographed and written about when spotted out in London.

There are still It-Girls within the world of royalty and aristocracy, too, with 25-year-old Princess Maria-Olympia of Greece & Denmark commanding an Instagram following of 220,000 and carving out a prominent career in modelling that has captured the attention of many, especially around her new home city of New York, where she is regularly seen enjoying parties and functions with other prominent figures.

As for what we can expect from the It-Girls of the future, we can’t possibly know, with the meaning of the term and the women who come to embody it changing with each passing decade.

One thing is for sure, though. Whatever they have, they’ll have It.

SEE ALSO: Steven Meisel: A Life Through The Lens

Daft Punk — Looking Back On The Career Of An Electronic Icon

There’s Still Time To Catch Up On ‘The Great’

‘Without A Doubt, Women Are Leading The Charge’ 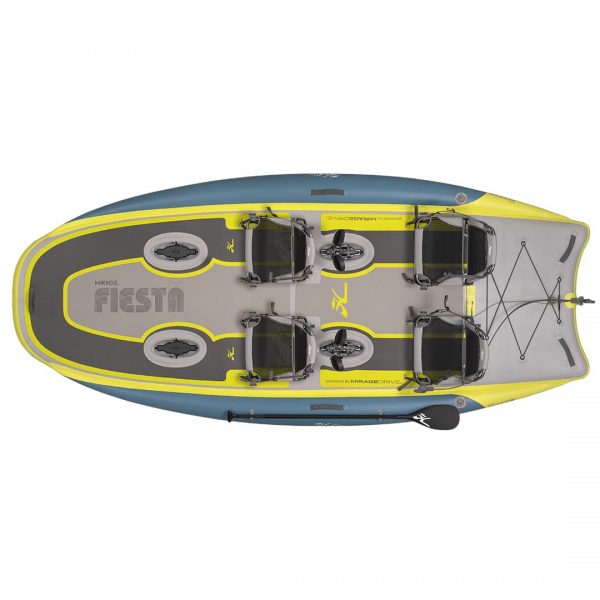