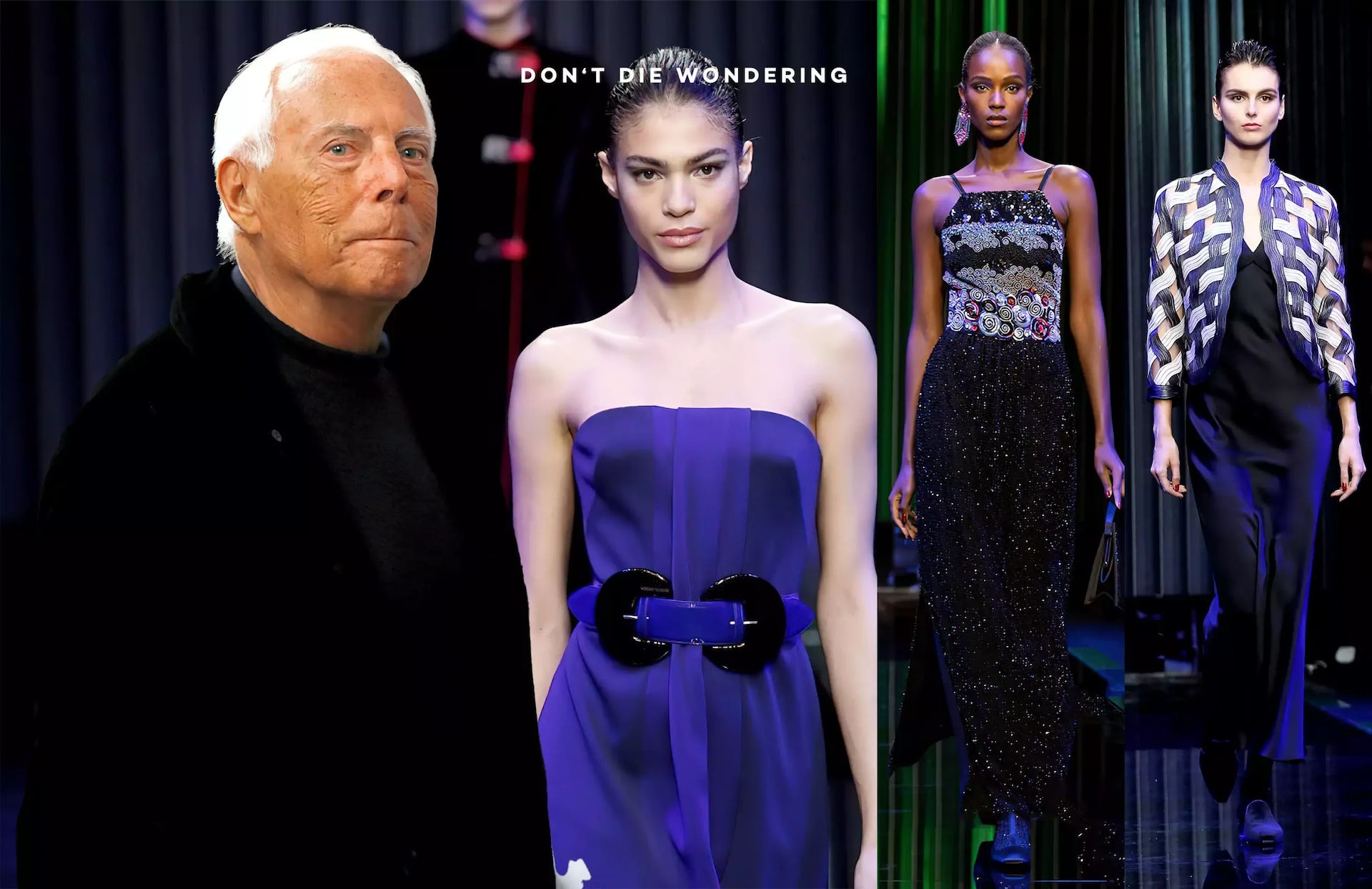 “I have decided this season to not use any music in this show, as a sign of respect to people involved in an ongoing tragedy,” announced a speaker in English, just before the Giorgio Armani show began.

Giorgio Armani, 87, opted to present his collection during Milan Fashion Week in silence, with no music playing as models walked the runway, to demonstrate his support for Ukraine after Russia’s invasion of the country last week.

“My decision not to use any music was taken as a sign of respect towards the people involved in the unfolding tragedy in Ukraine,” read a post across a black banner on the fashion designer’s Twitter account.

There was a minute’s applause after the announcement that the show would have no music from the Covid-reduced crowd of barely 200 inside Armani’s basement show space within the designer’s private palazzo on Via Borgonuovo in central Milan.

“The best thing to do is send a message that we don’t want to celebrate because something very disturbing is happening around us,” the 87-year-old designer, visibly moved, later said on the sidelines of the show.

Models strolled down the runway in looks from Armani’s autumn-winter 2022 collection for his eponymous label. Although silent, the venue was  throughout the venue, the show was frequently interspersed with ripples of heavy applause from the audience.

It’s worth remembering that Armani has a long history with Ukraine. Andriy Shevchenko, the famous Ukrainian striker who played for AC Milan, was his ambassador a decade ago. Giorgio also has three Armani Exchange stores in Kiev, and his shows usually feature Slavic models.

A half-decade ago, during the height of the Syrian war, with millions of refugees crossing Europe, Armani hosted a menswear display as a tribute to the nobility of East European immigrants.

He began his co-ed show on Sunday with high-end suites and pieces for both men and women. The ladies wore extended jodhpur pants and mini blazers, while the men wore four-button jackets with no lapels and sleek velvet trousers. Their polished elegance is a stark contrast, even diametrically opposed to the despicable ugliness of a war unleashed by a gangster dictator on Ukraine.

All of this culminates in a couture-worthy finale: a quartet of gorgeous diamanté and bugle beaded flapper dresses, some semi-sheer and others worn over crystal sequin leggings. Another wave of applause greeted a last sapphire column look, this time powdered in stalagmite beads.