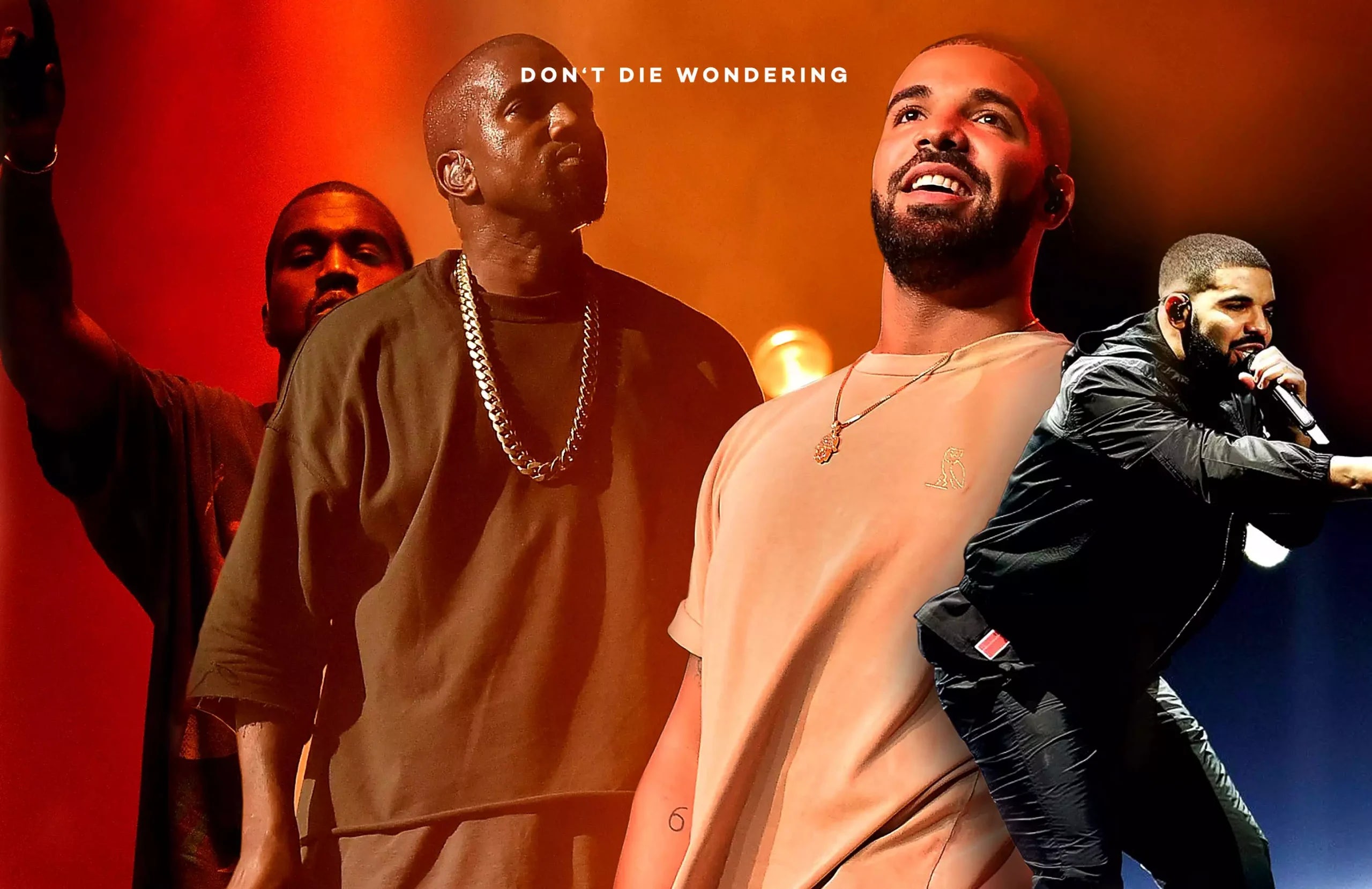 Drake vs Kanye: Is The Feud Finally Over?

DRAKE and Kanye have shared a long-running beef that has been simmering away since 2010. It hasn’t been the most explosive beef the hip-hop community has ever witnessed, but it’s a beef nonetheless, and it involved two of the biggest artists in the world in any genre.

It harks all the way back to 2010 when Kanye, who changed his name to Ye in October, took Drizzy off “All Of The Lights”, a single from his fifth studio album “My Beautiful Dark Twisted Fantasy”.

Since then it’s been a back and forth of low-key disses and schoolyard jibes shared between the two rappers. For example, in Drake’s 2016 song “Summer Sixteen”, he bragged about how he has a bigger swimming pool than Ye. Strong stuff from the 6God…

Drake became preoccupied with the Pusha T beef between 2011 and 2018, but Kanye hadn’t forgotten the bad blood between the two, and in 2018 he tweeted: “There would never be a drake without a Kanye west so never come out your mouth with a threat”.

Drake’s work rate around this time meant that he didn’t have much time to pay attention to Ye, until the Chicago rapper posted Drake’s home address on Instagram.

Then, of course, there was “Certified Lover Boy” vs “Donda” in 2021 which drew a lot of attention to the rivalry. General consensus put “Donda” slightly above “CLB”, which was exhibited in the 2022 Grammy nominations as Drake missed out on a shot at the best album category.

Tension reached its peak when reports emerged that Drake might be romantically involved with Kim Kardashian, but now it seems the two rappers have put their differences aside after Ye attended a party at Drake’s mansion in Toronto.

Hip-hop mogul J Prince posted a picture of the three of them together earlier this month and had reportedly orchestrated the reconciliation.

The pair are now set to perform together at the Free Larry Hoover concert in LA in December. The show was set up to help raise awareness of imprisoned Chicago gang leader Larry Hoover, although fans are unhappy with the staggering ticket prices that range from $200-$1,500.

Kanye invited Drake to perform at the concert via a video and said: “I’m making this video to address the ongoing back-and-forth between myself and Drake.

“Both me and Drake have taken shots at each other and it’s time to put it to rest. I’m asking Drake to join me on stage as a special guest to share the two biggest albums of the year live in Los Angeles with the ultimate purpose being to free Larry Hoover.

“I believe this event will not only bring awareness to our cause but prove to people everywhere how much more we can accomplish when we lay our pride to the side and come together.”

Click on this LINK to see the FULL video.

SEE MORE: Grammy Awards 2022: A Round-Up Of The Nominations